What are the different methods of programming in software implementation?

The software implementation is associated with the following programming models.

The codes leads to enlarge the software size as the codes multiply thus making it a difficult task to connect with the program flow. It becomes very hard for the program to be shared or modifies, as the files, programs, procedures and the manner in which the program is constructed is not remembered. This drawback of coding is overcome by structured programming. Some of the structures such as subroutines and loops are used by the developers. These subroutines and loops facilitate in improving the efficiency and the coding time is decreased and also the coding is organized.

It is a programming that uses mathematical functions. When a particular argument is received by a mathematical function, result produced by that function will be the same. In some of the procedural languages, procedures take over the control on the flow of the program. There is a possibility of the state of the program getting changed in the process of shifting the control flow from one procedure to another.

When a particular argument is received by the procedural programming, result produced by that program will be different as the state of the program keeps on changing. This calls for taking more consideration about some of the aspects of programming such as sequence of the program and the timing of the code.

Mathematical functions are used by functional programming and which enable to produce the result without considering the state of the program. This enables to forecast the program behaviour.

There are different concepts upon which the concept of functional programming revolves. They are

Examples of the function programming are - Common Lisp, Scala, Haskell, Erlang and F#

Relevant function and variable names are included by the programming style for a particular task. This facilitates in letting the indentation to be well-placed, at the reader convenience the code can be commented and the presentation of the code. Thus the program code is easily understood. Here solving of the errors can be made easy. It also simplifies the documentation of the program code and updation.

Different organization has different language of coding and different styles for coding.

Each of the organization coding guidelines has to consider some of the coding elements in general, such as -

How the documentation of the Software is done?

As the name implies, all the functional and non-functional requirements and the description of the desired software are documented in requirement documentation. Since this includes the collection of requirements, it is considered as an important tool for the complete team of developers, designers and testers.

This document is prepared on the basis of previous data of the running software, which is running at the Client; It is also based on the research, questionnaires submitted by the clients and by interviewing the clients. The software management team stores and maintains this document and is stored in either spreadsheet or word processing document.

It is the basic foundation to develop any software. Verification and validation of the software is also done on the basis of this document. Requirement documentation also facilitates in preparing the test-cases.

The necessary information that is required for developing the software is provided by this software design documentation. The document provide information related to High-level software architecture, Software design, Data flow diagrams, and Database design

The software implementation is mainly based on this document. All the relevant and important information regarding coding and implementation is provided. Though not provide the details of exactly how the program is coded.

The guidelines related to how to install a software, user-guidelines, methods for uninstallation, information about the license updation is provided by these user documentation.

What are the different challenges faced by Software Implementation?

The implementation of the software is not left without the challenges for the developers. Some of the major challenges are - 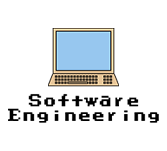