Variation is part of our everyday lives. Both at work and in our private lives we make allowances for its effects from the process of getting to work in the morning to the output of a complex manufacturing system. However, whilst a seat - of - the - pants approach to deciding how long we allow ourselves to get to work may be perfectly adequate, a similarly haphazard approach to managing processes at work is not desirable. We need to get a quantitativefeel for the variation in our processes. There are two basic elements to this variation: The central tendency and the spread. We need to have a handle on both these since they are vital to a successful process. It’s no good being the right temperature on average if to achieve this, you’ve got one foot in the ire and one in the fridge!

At this stage it is important to note the two potential causes of variation that can affect a process, these will be illustrated by means of a simple example of driving to work in the morning: even when we set of at exactly the same time, following the same route, in the same car it is apparent that arrival time will vary.

The difference between the two types of variation is crucially in their effect on the process. Common cause variation affects the overall spread of the process (so, for example, a journey with a lot of traic lights would tend to have a wide variation as the variation caused by red or green at each light would add up), it would not affect predictability. A process which is subject to only common causes will be predictable (within limits), so we know that our journey to work might take between 20 and 30 minutes provided that nothing odd happens. We cannot, of course, predict the exact time it will take tomorrow, but we can make sensible decisions with regards to process management.

On the other hand, a special cause will tend to not only increase variation but also to destroy predictability. For example, if you were involved in a road traic accident you would expect the journey to take longer. It would not, however, be possible to estimate the effect; it might be 10 minutes to exchange insurance details with anyone else involved, or if the car was no longer it to drive you might miss the whole day at work. If a process is unpredictable it is not possible to make any sensible management decisions; you could not, for example, allow an extra 30 minutes for your journey time if you knew you were going to have an accident.

To effectively manage a process we need to be able to distinguish between In Control and Out of Control conditions. A process which is not predictable allows us to make no assumptions about output and we must therefore inspect every item to ensure it is acceptable for the customer (Ramsey in Hell’s Kitchen). If a process is in control then we can plan because we know what is coming. Unpredictability – and hence special cause variation is the enemy of process management. 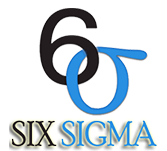