What is Signals Analysis?

Analogy Between Vectors and Signals
There are two equal scenarios between vectors and signals.

A vector is available with magnitude and direction. The name of the vector is represented with bold face type and their magnitude is highlighted with light face type.
Example: V is a vector with magnitude V. Consider two vectors V1 and V2 as shown in the following diagram. Now the component of V1 and V2 is presented by C12V2. The component of a vector V1 and vector V2 is used by taking a vertical line from the end of V1 to the vector V2 as mentioned in diagram: 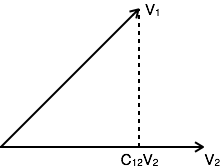 The vector V1 can be expressed in terms of vector V2
V1= C12V2 + Ve
Where Ve is the error vector.
While this is not the right way to express vector V1 and V2. The alternate possibilities are:

Here the error signal is noted as minimum for large component value. If C12=0, then two signals are said to be orthogonal. 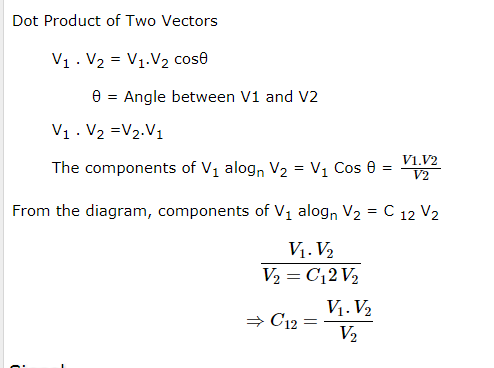 The concept of orthogonality is proceeded to signals. Let’s consider two signals f1(t) and f2(t). As similar to vectors, let’s approximate f1(t) in terms

One possible way of minimizing the error is integrating over the interval t1 to t2.

If this step does not minimize the error to appreciable extent then it can be modified with square of error function.

Derivative of the terms which do not have C12 term are zero.

, then two signals are said to be orthogonal. 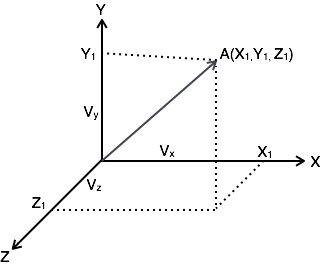 Let’s take an example of vector A at a point (X1, Y1, Z1). Now consider three unit vectors (VX, VY, VZ) in the direction of X, Y, Z axis respectively. Since these unit vectors are mutually orthogonal, it satisfies that 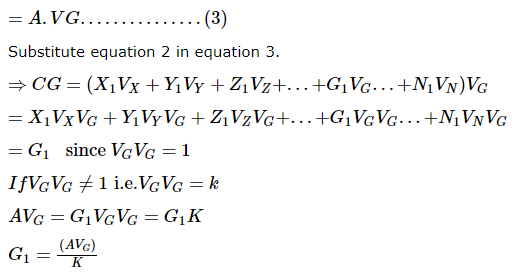 Make sure that a set of n mutually orthogonal functions x1(t), x2(t)... xn(t) along with the interval t1 to t2. Now these functions can be orthogonal to each other and need to be satisfy these two signals xj(t), xk(t) of the orthogonality condition. i.e. 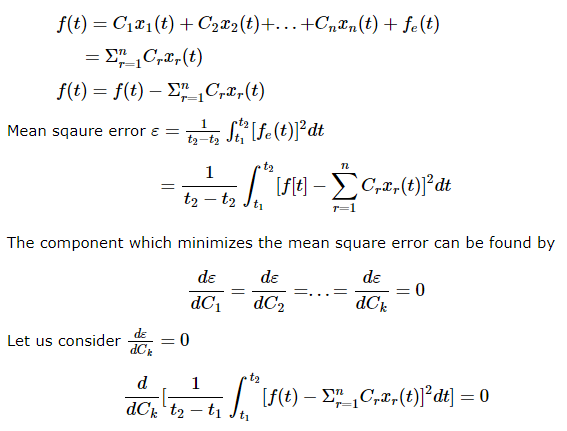 Here the terms which doesn’t include Ck is zero. i.e. in summation, r=k term remains and all other terms are zero. 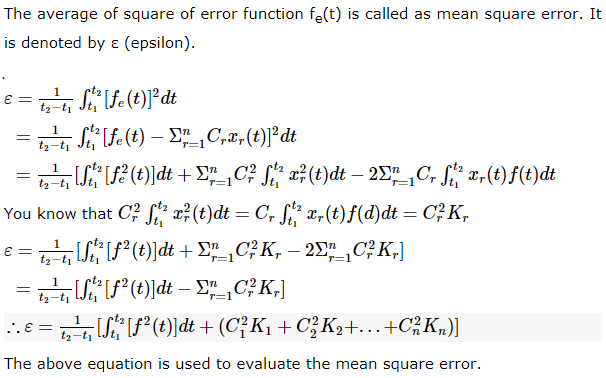 The above equation is mainly used findout the mean square error.

Make sure that a set of n mutually orthogonal functions x1(t), x2(t)...xn(t) among the interval t1 to t2. You can call this as closed and complete set

.. then f(t) is called as orthogonal to both functions and every function of orthogonal set. But the set is incomplete without f(t). Then it will become closed and complete set when f(t) is included. 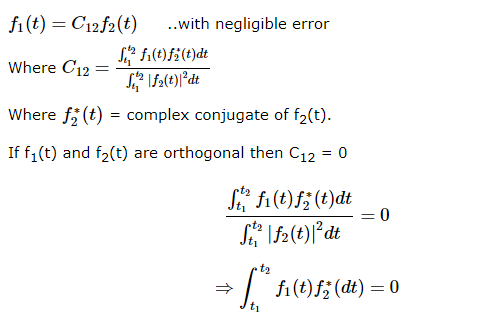 The above equation represents orthogonality condition in complex functions. 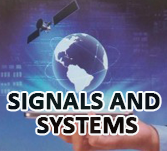