In the previous section of this chapter, we learned how to use the Siebel Web Client's views—the graphical user interface (GUI)—to perform various tasks related to configuring, managing, and monitoring servers and components within a Siebel enterprise.Using the GUI has several benefits, such as the easier lookup and visualization of data.However, many administrators prefer to interact with the Siebel servers on a command line basis. Using commands at the command line is typically faster than using a graphical user interface. Furthermore,commands can be placed in script files, allowing administrators to accomplish complex tasks with a single keystroke.

Next, we will inspect the Siebel Server Manager command line utility and its commands.After this section, we will be able to accomplish the same tasks as have been described for the graphical user interface via the command line.These tasks are:

Before we begin, we will explore the basic command line utility,namely srvrmgr, which we must invoke before we can start issuing commands to the Siebel enterprise.

About the srvrmgr command line utility

The Siebel Server Manager—its official name—is a command line utility that can be located as an executable file for Microsoft Windows or UNIX-based operating systems.The srvrmgr.exe file (on Microsoft Windows) can be found in the bin directories of the Siebel Gateway Name Server, the Siebel server, or the Siebel Developer Web Client installation folders.

We can open a command shell, navigate to the folder containing the srvrmgr executable and simply type srvrmgr to obtain a list of required and optional input parameters.If no parameters are specified,the executable generates a list of parameters.

The following table describes the input parameters for the srvrmgr executable:

A typical command line to connect to a Siebel Gateway Name Server could look like the following:

The above command will establish a connection to the Siebel Gateway Name Server on the appsrvrgw1 machine, open the configuration store for the SIEBELEVAL enterprise,and authenticate as the user SADMIN using TJay357D as the password.We can omit the /p parameter and the password to avoid exposing the administrator's password on the screen or in text files.The srvrmgr utility will then prompt for the password and the keystrokes will not be printed to the screen.

If the information in the command line is correct and the Siebel Gateway Name Server is operational, we should see the Server Manager start up information and the srvrmgr> prompt.Once logged in correctly, we can start issuing commands.Besides the information in the Oracle documentation (Siebel Bookshelf) we can also use the help command to assist us with the first steps at the srvrmgr> prompt. Typing help at the prompt provides a large list of possible commands.

We can use the spool command to write the information of the help command to a text file for better readability. At the srvrmgr> prompt, we enter a command similar to the following:

As we can observe, the first command explained is the list command.It must be followed by a keyword such as component groups or an abbreviation such as compgrps.The help command itself can also be followed by the name of a command we wish to view details about.The following command for example explains the usage of the list session command:

The following screenshot shows the output of the help list session command at the srvrmgr> command prompt:

We can observe that optional keywords such as active or hung can be inserted between the list and sessions keywords.In addition, the list session command allows the specification of server,component, or user login names. Optional keywords and commands are always put between square brackets in the help text.

If you wish to follow along with the examples, use the help command frequently to familiarize yourself with the syntax and possibilities of the Siebel Server Manager command line utility.

Listing and reviewing information about the Siebel enterprise

We can use the various list commands to review information about the building blocks of a Siebel enterprise.Viewing this information on the command line—or spooling it to files—is similar to using the list applets in the server management views in the Siebel Web Client.

The following table describes the most important list commands that we can issue at the srvrmgr> prompt:

Note: Server1 is an example of a logical Siebel server name.

As the output of the list command can be quite wide, it is recommended to adjust the settings for the command shell to allow more row width.The list command can be used in conjunction with the show command to define the columns and their width to use for the output.The following command line serves as an example on how to retrieve only three columns of information about tasks.

We can learn from this example that the show command must be followed by a comma-separated list of precisely written column names.Column names can be followed by the desired number of characters to display in parentheses.Furthermore, we can use the percentage sign (%) as a wildcard character to filter the information in the list output as indicated in the above example.The following screenshot shows the output of the example command:

Backing up the enterprise configuration

As discussed in previous sections of this chapter, we should consider creating a backup copy of the siebns.dat file before we undertake major modifications. We learned that this can be accomplished by pressing the Backup Enterprise button in the graphical user interface (GUI).At the srvrmgr> prompt, we can use the followingcommand to accomplish the same task:

The command can be optionally followed by a file path, which allows us to define the location and name of the backup file.

In the above sections, we already learned about the list params command, which allows us to create lists of parameters at various levels such as enterprise, server, component definition, or component.If we wish to modify parameters, we have to use the change param command followed by the parameter's alias name, an equals sign,and the new value for the parameter.The following is an example:

The above command changes the value of the parameter EnableEAIMemoryMetrics of the EAI Object Manager component definition to True.We can obtain the alias name of parameters by using the list params command.We can combine multiple parameter-value pairs to a comma-separated list such as in the following example:

Using a command similar to the above, we can change two parameters at once. The example shows how to change the values for the MaxMTServers and the MaxTasks parameter to 2 and 100 respectively.The change is made for the Call Center Object manager component on the Eval_1 server.The MaxMTServers parameter defines the maximum number of multi-threaded operating system processes that can be instantiated for the component.The MaxTasks parameter defines the maximum number of threads—or tasks—for the component.Setting these two parameters allows administrators to adjust the CPU and memory allocation on the Siebel server machines.

Even if it is not a daily task, a Siebel server administrator must be able to create additional component definitions and make the respective components available in the enterprise.The following example explains how to use the create compdef command to create a new component definition for a workflow monitor agent.Workflow monitor agents are background components that monitor the Siebel database for certain events and execute the actions defined in so-called workflow policies.

The activate compdef command sets the component definition's status from Creating to Active, thus enabling the instantiation
of components.However, the new components will not be available on any Siebel server before the server itself is restarted.It is highly recommended to put complex commands like the above example in text files.The reason for this is that the text file can be saved and reused later to create the same component definition in other environments, which is a very likely scenario.

Furthermore, storing the creation scripts and other frequently used commands in text files allows for easier documentation of changes. The read command can be used to open a text file and execute the commands in that file while we have a Siebel Server Manager session window open.The following example explains how to use the read command:

Entering this line at the svrmgr> prompt will open the file specified in the path and execute all commands contained in that file.

As we learned in this,component groups are already pre-assigned to all Siebel servers but not yet enabled. If our task is to enable a component group on a specific server,the only command needed would be similar to the following:

We must restart the Siebel server for the changes to take effect.

Setting the start up mode of server components

To view the current start up mode for a server's components, we can use a command similar to the following:

Similar to using the buttons on the component list applets in the Server management screen in the Siebel web client, we can issue commands at the srvrmgr> prompt to control the state of server components.The following table describes the commands to control server components. As discussed above, we can use the set server command followed by the logical Siebel server name to specify the target server for the commands.The examples in the table assume that the server has been set, and use the English Call Center object manager as the target component.
Table

To verify the current state of server components, we can use a command similar to the following:

The above command will write the component name and the current run state of all components hosted by Siebel server Eval_1 to the console.

While the graphical user interface (GUI) allows administrators to store job templates and repeating job definitions for batch components,the Siebel Server Manager command line only provides commands to start tasks—the server manager term for jobs—immediately. However, if we wish to invoke a task for a background component while the Siebel server is running, the command line is the only location to accomplish that.

In the following example, we use the start task command to invoke a task for the Generate New Database component.

The above command invokes a task for the Generate New Database component and passes one parameter override to the task.

As indicated in this and previous chapters, it is highly recommended to use input files to store complex command combinations.We can use the /i flag with the srvrmgr executable to direct it to read the file at the path following the flag and execute all commands in the file.The following is an example for a command line that invokes the Siebel Server Manager and executes the contents of a text file:

When this command is executed in a command shell, the Siebel server manager will connect to the Siebel Gateway Name Server on appsrvrgw1 machine, open the SIEBELEVAL enterprise configuration store, and log in as user SADMIN.The executable will open the daily_batch.txt file on the local C: drive, execute all commands in the file and exit on completion. The complete output that would be typically written to the command shell will be directed to the daily_batch_log.txt file on the C: drive.

Commands similar to the above can be placed in script files, which can subsequently be registered in a scheduling facility such as the Microsoft Windows task scheduler or cron if we are using Linux or other UNIX-based operating systems.On your demonstration machine, use the srvrmgr executable and experiment with the commands explained in this 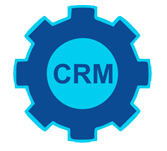