Your PATH environment variable will differ, depending on where the applications are located on your Linux system. The key is to recognize that each directory in the PATH is separated by a colon. To get a listing of directories that you can use in a script, you’ll have to replace each colon with a space. You now recognize that the sed editor can do just that using a simple regular expression:

Once you’ve got the directories separated out, you can use them in a standard for statement to iterate through each directory: mypath=`echo $PATH | sed ’s/:/ /g’` for directory in $mypath

Once you have each directory, you can use the ls command to list each file in each directory, and use another for statement to iterate through each file, incrementing a counter for each file.The final version of the script looks like this:

The previous example showed how to incorporate the simple regular expression along with sed to replace characters in a data stream to process data. Often regular expressions are used to validate data to ensure that data is in the correct format for a script.A common data validation application is checking phone numbers. Often data entry forms request phone numbers, and often customers fail to enter a properly formatted phone number. In the United States, there are several common ways to display a phone number:

This leaves four possibilities for how customers can enter their phone number in a form. The regular expression must be robust enough to be able to handle either situation. When building a regular expression, it’s best to start on the left-hand side, and build your pattern to match the possible characters you’ll run into. In this example, the first thing is that there may or may not be a left parenthesis in the phone number. This can be matched by using the pattern: ^(?

The caret is used to indicate the beginning of the data. Since the left parenthesis is a special character, you must escape it to use it as a normal character. The question mark indicates that the left parenthesis may or may not appear in the data to match. Next comes the three digit area code. In the United States area codes start with the number 2 (no area codes use the digits 0 or 1), and can go to 9. To match the area code, you’d use the pattern: [2-9][0-9]{2}

This requires that the first character be a digit between 2 and 9, followed by any two digits. After the area code, the ending right parenthesis may or may not be there:)?

After the area code there can be a space, no space, a dash, or a dot. You can group those using a character group along with the pipe symbol:(| |-|.)

The very first pipe symbol appears immediately after the left parenthesis to match the no space condition. You must use the escape character for the dot; otherwise, it’ll take on its special meaning of matching any character. Next comes the three-digit phone exchange number. Nothing special required here:[0-9]{3}

Then to finish things off, you must match the four digit-local phone extension at the end of the string: [0-9]{4}$

While you can’t tell from this listing, the gawk command is on a single line in the shell script. You can then redirect phone numbers to the script for processing:

Or you can redirect an entire file of phone numbers to filter out the invalid ones:

Only the valid phone numbers that match the regular expression pattern appear.

username@hostname The username value can use any alphanumeric character, along with several special characters:

These characters can appear in any combination in a valid e-mail userid. The hostname portion of the e-mail address consists of one or more domain names and a server name. The server and domain names must also follow strict naming rules, allowing only alphanumeric characters, along with the special characters:

The server and domain names are each separated by a dot, with the server name specified first, any subdomain names specified next, and finally, the top-level domain name without a trailing dot. At one time there were a fairly limited number of top-level domains, and regular expression pattern builders attempted to add them all in patterns for validation. Unfortunately, as the Internet grew so did the possible top-level domains. This technique is no longer a viable solution.

Let’s start building the regular expression pattern from the left side. We know that there can be multiple valid characters in the username. This should be fairly easy: ^([a-zA-Z0-9 -.+]+)@

This grouping specifies the allowable characters in the username, and the plus sign to indicate that there must be at least one character present. The next character is obviously going to be the @ symbol, no surprises there. The hostname pattern uses the same technique to match the server name and the subdomain names: ([a-zA-Z0-9 -.]+)

This pattern matches the text:

This pattern will filter out poorly formatted e-mail addresses from a data list. Now you can create your script to implement the regular expression: 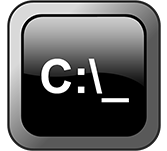