Before we delve into the workings of SPMetal, let’s spend some time looking at LINQ. We’ll examine what it is, where it came from, and why it’s an essential tool for developing applications using SharePoint 2010.I have to confess that I’m a relatively late convert to LINQ. I’ve been aware of the technology for some time but had always assumed it to be some kind of framework for generating Structured Query Language (SQL). As a developer who has spent many years avoiding dynamically generating SQL statements in favor of well-written and much more secure stored procedures, I’d always considered the technology to be somewhat contradictory to established best practice. What I’d failed to see was the power of LINQ outside the SQL world. LINQ is not just about SQL—fair enough, the syntax is deliberately similar to SQL—but as a technology, it’s about working with collections of data, not specifically relational database type data, but in fact practically any collection of data that you’re ever likely to use in the .NET world. To illustrate the implications of such a tool, think about the last application you wrote. How many for loops did you use to locate specific items within collections of data? How many lines of code did you write to handle situations in which the item you expected wasn’t found within the collection? What about multiple collections with related items? Did you use nested for loops to extract common data into a new collection for use within your logic? If you’ve written any application of more than a few lines long, you’ve likely used one or more of these techniques.

Of course, LINQ isn’t really magic. There’s a certain amount of smoke and mirrors involved, particularly with regard to the SQL-like syntax. But behind the scenes it’s actually quite simple. Let’s take a look at a few examples to illustrate how it works.

One of the built-in implementations of LINQ is LINQ to Objects, which is installed as part of the .NET Framework 3.5. Take a look at this code snippet to get an idea of how it works:

As you can see, this piece of code iterates through a list of strings, returning a new list containing only those items from the original list where the character n was found. Nothing groundbreaking here. However, if you include the System.Linq namespace in your class file, you’ll notice that the IntelliSense members’ list for the results object now includes a whole host of new methods. Interestingly, however, if you look up the documentation for a List<T> object, you’ll find that none of the new methods are listed. There’s a perfectly good explanation for this: these new methods are implemented as extension methods, an essential new feature in .NET 3.5 for supporting LINQ. Extension methods allow developers to attach methods to a class by defining additional static methods in a referenced assembly. Here’s an example:

One of the extension methods that we can make use of is the Where() method that we could use to rewrite our code as follows:

The Where method accepts an anonymous delegate as a parameter, and behind the scenes the method is actually calling the delegate for every item in the list. Whenever the delegate returns true, the item is added to a new results list. The results list is then returned when the Where method has iterated through each item in the collection. From this explanation, you
can see that we’re actually performing much the same work as our original function; we’re simply writing less code to do it.

Locating Data Using a Lambda Expression
We used an anonymous delegate in the preceding example, but .NET 3.5 introduces another new feature known as the lambda expression. Using a lambda in place of the anonymous delegate, we can rewrite our code as follows:
List<string> members = new List<string>

Locating Data Using LINQ
With more than a little sleight of hand and a healthy dose of compiler voodoo, LINQ takes this expression syntax a step further. Instead of hammering out several different styles of brackets, we can simply rewrite our code as follows:

As you’ve seen by working through these simple examples, behind the scenes, LINQ to Objects is doing much the same work that we would have done using an iterator; the new syntax simply provides a much cleaner way of presenting the logic. However, consider this example, which we’ll revisit later in this:

I’m sure you can realize the benefit of the LINQ syntax when compared to the complicated logic that you’d have to implement to produce this result set using iterators. 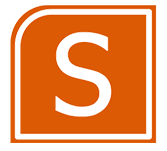