We often use the term yield to express return. Yield refers to the income component in relation to some price for a security. For our purposes, the price that is relevant is the purchase price of the security. The yield on a Rs. 1,000 par value, 6 per cent coupon bond purchased for Rs. 950 is 6.31 per cent (Rs. 1,000 par value, 6 percent coupon bond purchased for Rs. 950 is 6.31 percent (Rs. 60/Rs. 950). However, we need to remember that yield is not, for most purposes, The proper measure of return from a security. The capital gain or loss must also be considered. Equation 2.1 is a conceptual statement for total return.

Note that either component of return can be zero for a given security over any given time period. A bond purchased for Rs. 800 and held to maturity provides both type of income: interest payments and a price change. The purchase of a non-dividend-paying stock that is sold four months later produces either a capital gain or a capital loss, but no income.

Thus, a measure of return must consider both dividend/interest income and price change. Returns over time or from different securities can be measured and compared using the total return concept. The total return for a given holding period relates all the cash flows received by an investor during any designated time period to the amount of money invested in the asset. Total return is defined as

The total return is an acceptable measure of return for a specified period of time. But we also need statistics to describe a series of returns. For example, investing in a particular stock for ten years or a different stock in each of ten years could result in 10 total returns, which must be described mathematically. There are two generally used methods of calculating the average return, namely, the arithmetic average and geometric average. The statistics familiar to most people is the arithmetic average. The arithmetic average, customarily designated by the symbol X = ΣX /n, or the sum of each of the values being considered divided by the total number of values.

The arithmetic average return is appropriate as a measure of the central tendency of a number of returns calculated for a particular time, such as a year. However, when percentage changes in value over time are involved, the arithmetic mean of these changes can be misleading. The geometric average return measures compound, cumulative returns over time. It is used in investments to reflect the realized change in wealth over multiple periods. The geometric average is defined as the nth root of the product resulting from multiplying a series of returns together, as in Equation 2.2. 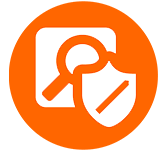