How to use forms in applications in SAP smart forms?

This chapter will give you detailed description about using forms in applications in SAP Smart Forms. We will also discuss how to migrate a SAP Script Form to a SAP Smart Form.

Smart forms can be used in business applications of a web browser, which are known as web forms. A web form is an HTML form with the same layout as that of a smart form and can be used for form printing in internet.

When you use smart forms as web forms, it will transform the XSF output to the HTML format. Smart styles can be used to format web forms.

It is also possible to get a print of the web form from the browser and to keep the quality good, it is suggested that the form should be sent to the web browser in a PDF format. 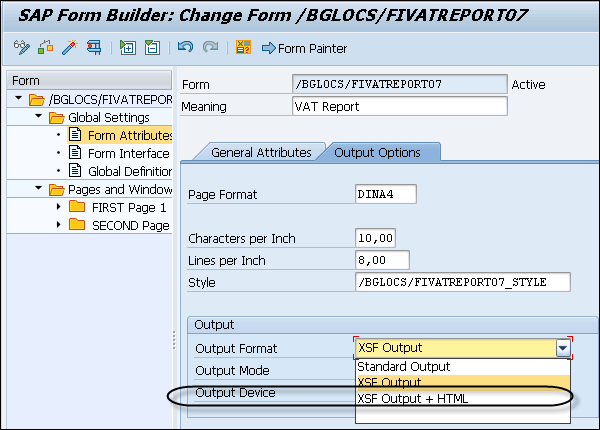 When a migration happens for a SAP script form to a smart form, below execution takes place

You can also perform mass migration of script forms.

Transaction: SMARTFORMS and enter the name of the form you want to create.

This opens the dialog migrate SAP script form window. You need to select the name and language of source form → ENTER.

You can observe the changed mode of the Form Builder. Form logic can be changed and form style as well. To activate the smart form, click on the Activate button.

In the same way, you can convert a SAP script style to a SAP smart style.

Existing SAP Smart Forms can be migrated to interactive PDF Forms provided by Adobe. To use this, you should perform the migration of all graphics.

To perform the migration, you should use Transaction: SMARTFORMS.

In the next dialog box, enter the name of the Smart Form to migrate, PDF based target and the target interface. By default, system will suggest the same name as of the smart form for interactive PDF forms.

Click on the Continue button as shown in below screenshot.

In next window, system will display the Setting Dialog where you can check different migration options. 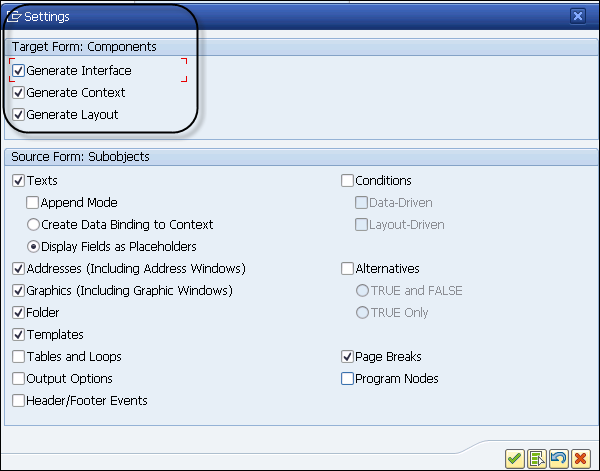 In the next window, select Create Object Directory Entry, enter a package for interface and save it as a local project.

Next step is to assign the form to a package or save the form as a local object and then the migration is completed.

This is how migration of SAP smart form can be performed to Adobe Interactive forms. 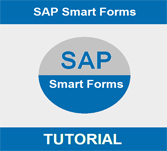