The main options and their suitability - Sales Management

The selection of options you use of salary, commissions, bonuses or competitions will depend on local practices and culture. Winsome cultures people entering the sales profession expect little security and basic income, being prepared to work largely on performance-related rewards, an approach commonly found in some of the developing markets such as in Asia.

In other cultures, as seen in some of the developed markets of the west, people have high fixed outgoings in the way of living expenses, and may prefer higher basic salary with a lower level of performance-related rewards. Basic salaries may tend to act more as a maintenance than motivational factor. The rewards scheme developed for any market should meet the employees’ needs and expectations, but must also meet the company’s needs (such as achieving sales volumes at set prices and margins, and to recruit, train and retain effective salespersons) and its financial means. 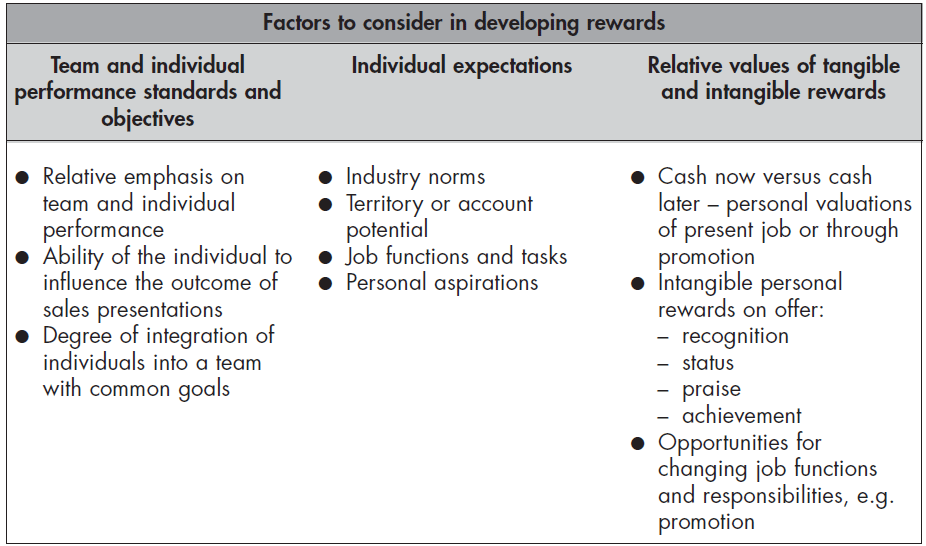 The main forms of alternative rewards are shown in Figure. This highlights that the salesperson will see the immediate benefit of some forms of reward, but that other forms of reward do not provide an immediate visible benefit, only being valued when they come into effect to meet needs and situations.

The sales manager also must consider his or her particular motivational objectives, i.e.are incentive rewards being used to direct attention to either longer- or short-term strategic or tactical matters?

Salary is a fixed reward for work done, and it may be the only reward or linked with other incentive schemes. It should:

Many companies prefer to keep individuals’incomes confidential, perhaps with the concern that publicizing information will produce distraction as individuals concern themselves over their relative level of rewards.

Other companies take quite the opposite approach, believing that publicizing income information provides motivation to lower earners to strive harder for the bigger rewards. An in -between approach is to publish job grade scales, but not to indicate where any salesperson is within the scale band.

Employees receive compensation from a company in return for work performed. While most people think compensation and pay are the same, the fact is that compensation is much more than just the monetary rewards provided by an employer.

Commission arrangements can be used for both service and product sectors. Some employers, however, choose to compensate their salespeople via straight salaries, thus compensating them in the same way as other employees, or via a combination of salary and commission. 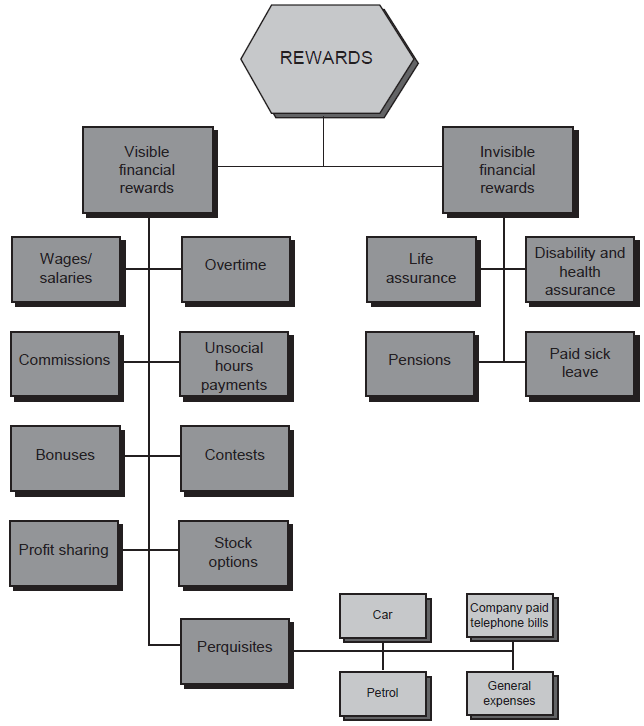 The chief advantage associated with utilizing a straight commission arrangement is that it gives sales-people a major incentive to work hard on behalf of the company. But detractors contend that the compensation uncertainties associated with such plans sometimes make it difficult to secure good salespeople, and that their complete dependence on commissions may lead them into bad business habits.

Even detractors, however, admit that commission set ups do provide salespeople with meaningful incentive to work hard. As a result, the majority of businesses that maintain a sales force use some combination of base salary and commission—also known as incentive pay—to compensate their salespeople.

Bonuses are a sum of money granted or given to an employee, in addition to regular pay, usually in appreciation for work done, length of service, accumulated favors, etc.Bonuses are not usually regular reward, unlike salary and commission, but just paid periodically in recognition of special achievements.

Where bonuses are used to reward team effort it is common to create a team bonus pool, and then allocate bonuses by some formula relating to seniority or perhaps as a percentage of basic income. Bonuses, like commissions,should relate to a key performance indicator of activity where the individual can clearly affect an outcome, such as profitability of customers or a sales territory.

Contests normally offer non-cash prizes (but cash may be offered) for very specific and measurable achievements for effort and results against short-term priorities and objectives, i.e. for the salesperson who organizes the biggest supermarket display, or for the salesperson who organizes the most contradistinctions supporting a product, or the person opening the most new accounts over a defined time period.

A contest where there can be only one winner could actually be counter-productive, as those salespersons who fall behind early in the contest may simply‘tune out’ and effectively become noncontestant.sA well-structured competition will ensure that all salespersons have an equal chance to win a prize, which may put pressure on a sales manager to develop a territory handicapping system where all sales territories are not equal in performance and potential.

When structuring contests it may be worth considering the following points.

Incentive schemes that offer annual profit sharing bonuses or periodic stock options are becoming more popular, and not just for management staff in companies. These tend to develop a recognition that the employees are important stakeholders in the prosperity of the company, and can also encourage greater loyalty.

Managers are commonly seen as the main beneficiaries of job ‘perks’, but salesperson scan also benefit from quite a range of perks that add value to the job. There are the tangible benefits of company cars and insurance,mobile telephones, laptop computers, petrol allowances (since often liberal petrol expenses cover some or all of private driving costs), and so on, and intangible benefits of freedom from close supervision, working from a home base (for many salespersons).

Perks can be used as part of a motivational system, where, for example, there is an increase in perks or their value in relation to performance, e.g. a larger car as salespersons are promoted, or where certain levels of longer-term achievement are maintained.

Some companies have exclusive ‘clubs’(e.g. a ‘President’s Club’) open only to high performers, which encourages competition to gain entry, and then to maintain the minimum qualification standard to avoid loss of face from removal of membership status.

Additional holiday entitlement can also bemused as a motivational reward. Sales managers should consider carefully before conferring benefits where loss of those benefits later could be very de motivating. 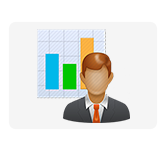