The project review techniques are

In the critical path method, the time estimates are assumed to be known with certainty. In certain projects like research and development, new product introductions, it is difficult to estimate the time of various activities. Hence PERT is used in such projects with a probabilistic method using three time estimates for an activity, rather than a single estimate, as shown in Figure. 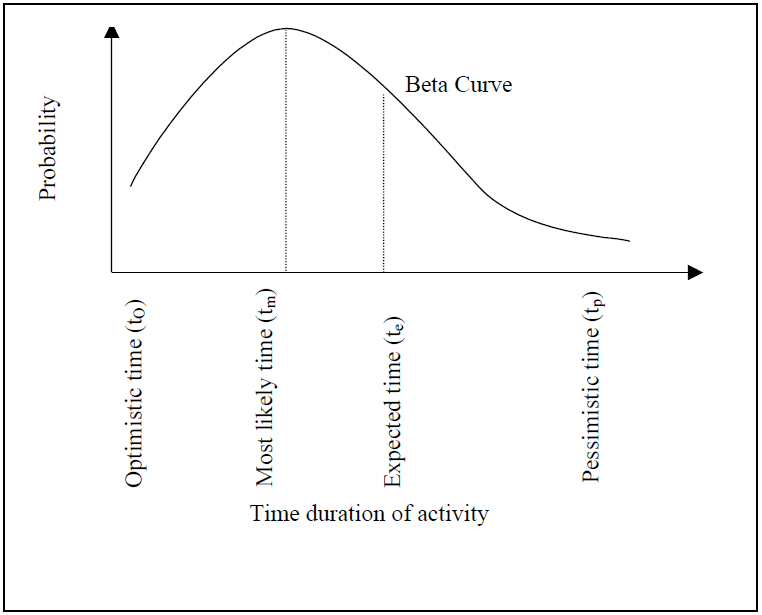 It is the shortest time taken to complete the activity. It means that if everything goes well then there is more chance of completing the activity within this time.

It is the normal time taken to complete an activity, if the activity were frequently repeated under the same conditions.

Taking all these time estimates into consideration, the expected time of an activity is arrived at.

The average or mean (ta) value of the activity duration is given by,

The variance of the activity time is calculated using the formula,

The probability of completing the project within the scheduled time (Ts) or contracted time may be obtained by using the standard normal deviate where Te is the expected
time of project completion.

Example : An R & D project has a list of tasks to be performed whose time estimates
are given in the table, as follows.

Time expected for each activity is calculated using the formula (5): 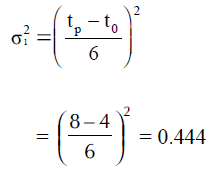 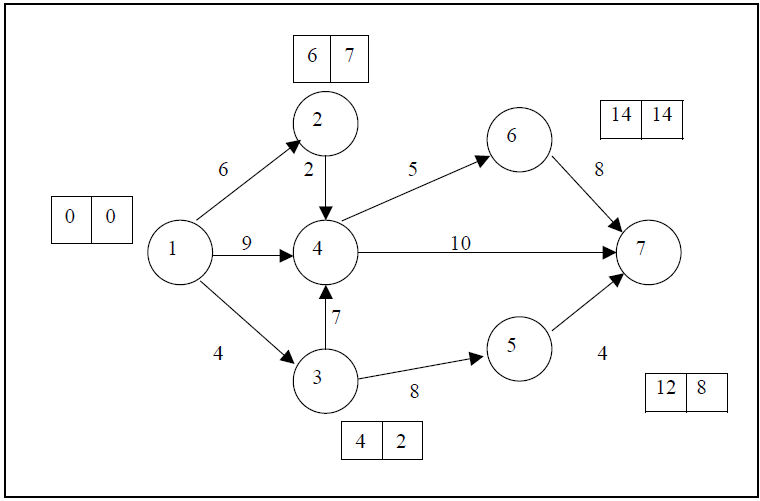 Calculate the time average ta and variances of each activity as shown in the following table.

From the network diagram Figure, the critical path is identified as 1-4, 4-6, 6-7, with project duration of 22 days. The probability of completing the project within 19 days is given by, 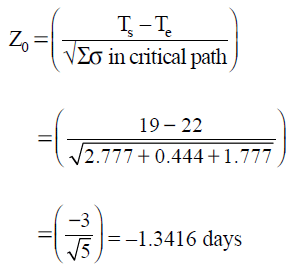 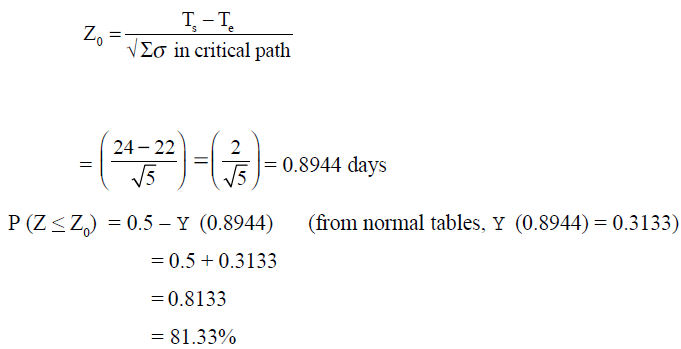