It is a sad fact that many attempts to implement SPC are unsuccessful (Wood, 2002). these failures are not due to shortcomings in the technique but in the way in which the system is implemented and managed. Typical problems would be lack of commitment from middle and senior management; union opposition; poor response to problems etc. these kinds of issues would be familiar to anyone who has tried to drive through any type of change initiative in an organisation. This is because SPC is a long term change to the way in which an organisation does business, even in the way it thinks. If you fail to recognise that and treat it as another system implementation you will be doomed to making minimal progress with your application.

It is significant to understand that SPC is a cornerstone of the 14 points -no successful business transformation along these lines could take place without understanding the principles of variation. It is also true to say that the principles of respect for the individual and the right to take pride in your work are essential for the successful introduction of SPC as a business driver. Similarly the practical aspects of SPC can be seen as an application of the Plan, Do, Study, Act cycle. It is a mistake to see SPC as isolated from the rest of Deming’s philosophy, it will only work to its full potential as a business transformation tool (rather than a trouble-shooting/problem solving technique) if applied in the context of sound management practice and appropriate company culture. This is not to say that you have to have a full Deming transformation cemented in place before beginning to use SPC, it can be a powerful part of the transformation process in itself. 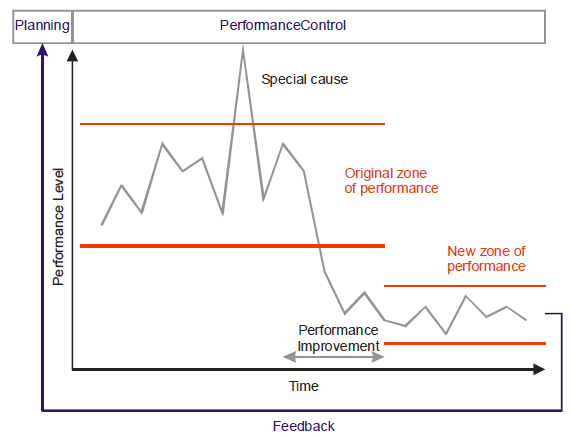 The trilogy indicates that a process is designed with an initial level of capability and an inherent amount of (common cause) variation. This needs to be controlled and any sporadic (special cause) variation spikes addressed as they occur. In order to make a breakthrough improvement the inherent common causes must be tackled to reduce variation and to move the process closer to target (in this case zero) variation. This new level of performance must then be controlled as before and, importantly feedback to the designers of new processes of the learning enables them to create new processes which are at the new level, rather than repeating the mistakes of the previous process.

This forms an excellent template for managing variation reduction at both a process and an organizational level.

People are the most important element of the implementation of SPC. Don’t forget, this is a way of thinking rather than just a tool. The system will stand or fall on the actions of people rather than just how accurately the charts are developed and interpreted. You are attempting to change behavior here. Remember these salient points: 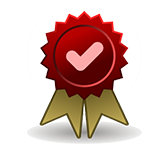