Tkinter is Python's de facto standard GUI toolkit. It's the most cross-platform GUI. Many applications are written using Tkinter because it is a very powerful and flexible tool. Maybe the most notable features are its geometry management, which is much better than standard windows, and its efficient Text and Canvas widgets. Many toolkits support as good as or better geometry management .

Tkinter, which stands for Tk interface, is the standard Python interface to the Tk GUI toolkit from Ajuba (formerly Scriptics). Tkinter is a binding to Tcl/Tk that in former days was developed by Sun Labs. Actually it works on top of Tcl/Tk. To use Tkinter, you don't need to write Tcl code. Occasionally, you will need to consult the Tk documentation and the Tcl documentation because Tk's low-level event handling mechanism is considered part of Tcl.

Both Tk and Tkinter are available on most UNIX platforms, as well as on Windows and Macintosh systems. Some platforms come with Tcl/Tk as an optional part of the OS distribution or, in the case of Win32, as part of the Python install. Quite a lot of Linux distributions (and other free UNIX-like Operation Systems) install Tcl/Tk by default. Starting with the 8.0 release, Tk offers a native look and feel on all platforms.

If you ask yourself why you should use Tkinter, I would say that it is a mature and reliable solution for graphic applications, running on every platform where it is possible to run Tcl/Tk, which is basically every platform, but Macintosh. Tkinter and Macs are still negotiating a healthy version.

One of the most important reasons why Tkinter was chosen to be the official GUI option is because it seems to have a long life ahead of it. Many people are against this, but the fact is that Tkinter is available for Windows, UNIX, and Macintosh platforms, and being part of the Official Python distribution puts it in a position of constant upgrading. 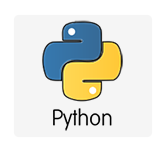