What is PyGTK Arrow Class?

The gtk.Arrow object is used to draw simple arrow pointing towards four cardinal directions. This class is inherited from the gtk.Misc class and the object will inhabit any space owed it, for example, a Label or Button widget.

The predefined arrow_type constants are −

The predefined shadow_type constants are listed in the resulting table −

In the resulting instance, four Button widgets are added to an Hbox. On top of each button, a gtk.Arrow object pointing UP, DOWN, LEFT and RIGHT respectively is placed. The HBOX container is placed at the bottom of the toplevel window with the help of an Alignment container.
Observe the code –

The above code will make the resulting output – 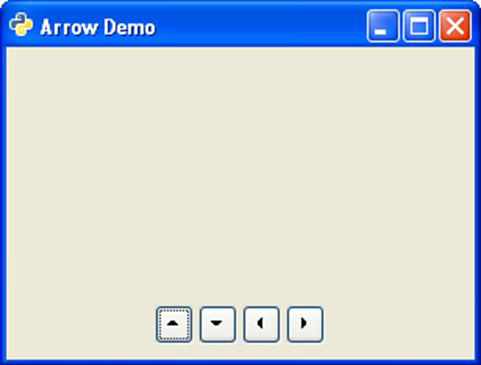 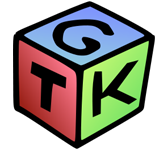