THE MIXING AND BAGGING COMPANY - Production and Operations Management

The Mixing and Bagging Company produces a line of commercial animal feeds in 10 mixes. The production process itself is simple. A variety of basic grain and filler ingredients is mixed in batches. The mixture is then fed to an intermediate storage hoper, from which it is conveyed to a bagging operation. The bags of feed are then loaded on pallets and moved to the nearby warehouse for storage.

The usual routine for a production run is as follows: The foreman receives job tickets from the office indicating the quantities to be run and the formula. The job tickers are placed in the order in which they are to be processed. At the end of a run, the foreman purges the mixing system and ducts of the previous product. This takes 20 minutes.

Meanwhile, the foreman has directed the mixer-operator and the four full-time employees to obtain the required ingredients for the next product from the storeroom. When the mixing equipment has been purged, the mixer and gets it started. This takes about 10 minutes. The total time spent by the mixer-operates in obtaining materials and loading the mixer is 30 minutes. The four full-time employees devote 30 minutes to obtaining materials.

While the previous activities are being performed the foreman turns his attention to the bagger line, which requires minor change over for bag size and the product identifying label that is sewed to the top of bag as it is sewed closed.

While the foreman is purging the system, the 10 part-time employees transfer what is left of the last run to the warehouse, which requires about 15 minutes. They then idle until the finished goods warehouse is valued according to the sale price of each item, which is about Rs. 5 per 100 kg. The cost of placing items in the warehouse has been calculated as approximately Re. 0.20 per 100 kg, based on the time required for one of the part-time workers to truck it to the warehouse and place it in the proper location. The front office has calculated that the storage space in the owned warehouse is worth about Rs. 10 per square foot per year, but because the bags are palletized and stacked 12 feet high, this cost has been reduced to only Re. 0.20 per 100 kg per year. The product mixes are stable, and there is very little risk of obsolescence. There is some loss because uninvited guests (rats, etc.) come in to dine. The total storage and obsolescence costs ate estimated as 5 per cent of inventory value. 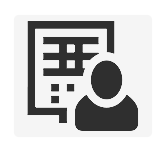