Statistical process control (SPC) is the application of statistical techniques to determine whether the output of a process conforms to the product or service design. It aims at achieving good quality during manufacture or service through prevention rather than detection. It is concerned with controlling the process that makes the product because if the process is good then the product will automatically be good.

CHARACTERISTICS OF CONTROL CHARTS
A control chart is a time-ordered diagram to monitor a quality characteristic, consisting of:

BENEFITS OF USING CONTROL CHARTS
Following are the benefits of control charts:

OBJECTIVES OF CONTROL CHARTS
Following are the objectives of control charts:

X-Chart and R-Chart: The formulas used to establish various control limits are as follows:

Procedures to construct X-chart and R-chart

CONTROL CHARTS FOR ATTRIBUTES
P-charts and C-charts are charts will used for attributes. This chart shows the quality characteristics rather than measurements.

P-CHART
A p-chart is a commonly used control chart for attributes, whereby the quality characteristic is counted, rather than measured, and the entire item or service can be declared good or defective. The standard deviation of the proportion defective, p, is: 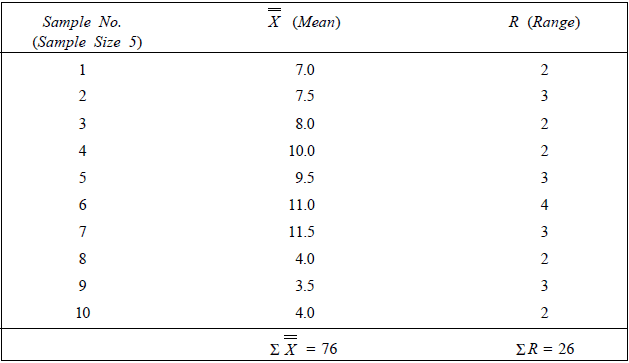 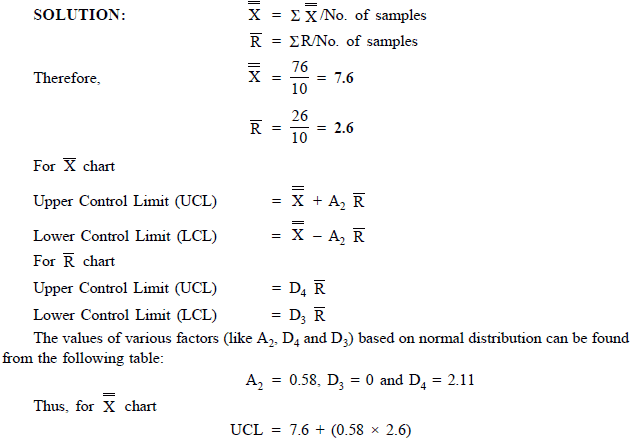 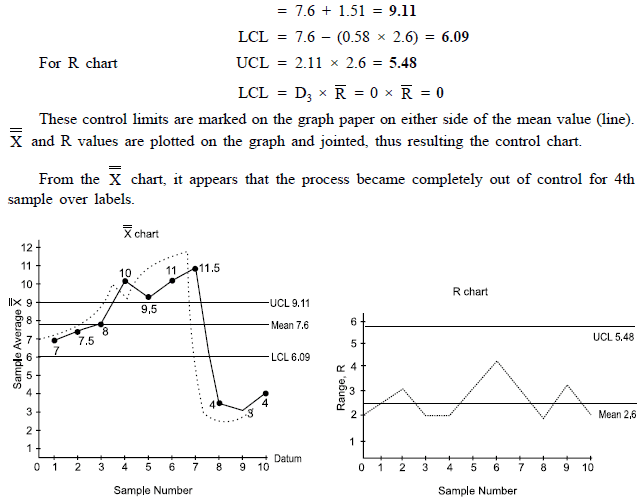 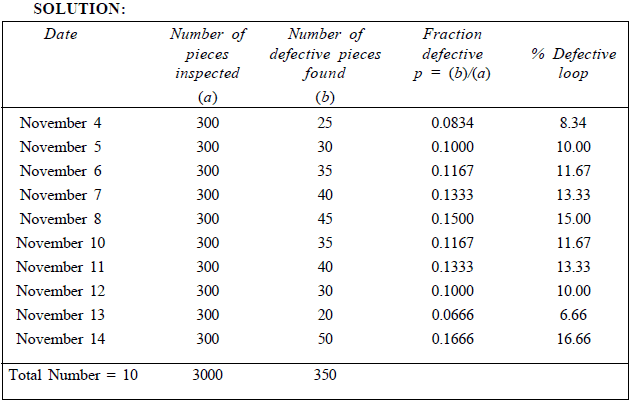 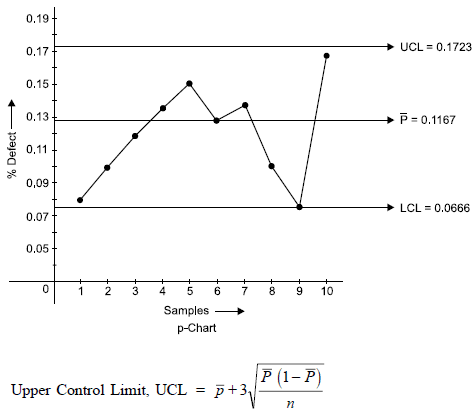 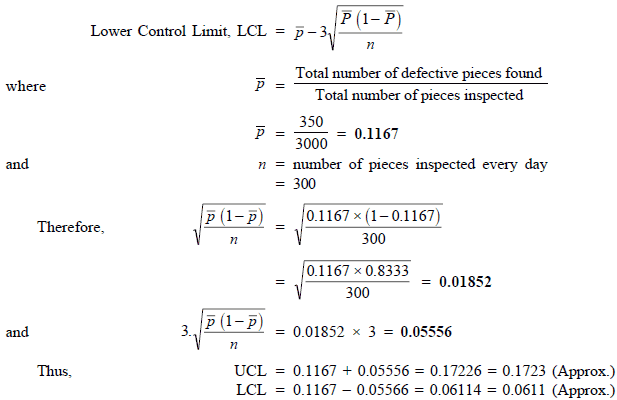 TYPES OF SAMPLING ERRORS
There are two types of errors. They are type-I and type-II that can occur when making inferences from control chart.

Acceptance Sampling
The objective of acceptance sampling is to take decision whether to accept or reject a lot based on sample’s characteristics. The lot may be incoming raw materials or finished parts. An accurate method to check the quality of lots is to do 100% inspection. But, 100% inspection will have the following limitations:

Hence, acceptance-sampling procedure has lot of scope in practical application. Acceptance sampling can be used for attributes as well as variables.

Acceptance sampling deals with accept or reject situation of the incoming raw materials and finished goods. Let the size of the incoming lot be N and the size of the sample drawn be n. The probability of getting a given number of defective goods parts out a sample consisting of n pieces will follow binomial distribution. If the lot size is infinite or very large, such that when a sample is drawn from it and not replaced, then the usage of binomial distribution is justified. Otherwise, we will have to use hyper-geometric distribution.

Specifications of a single sampling plan will contain a sample size (n) and an acceptance number C. As an example, if we assume the sample size as 50 and the acceptance number as 3, the interpretation of the plan is explained as follows: Select a sample of size 50 from a lot and obtain the number of defective pieces in the sample. If the number of defective pieces is less than or equal to 3, then accept the whole lot from which the sample is drawn. Otherwise, reject the whole lot. This is called single sampling plan. There are several variations of this plan.

In this process, one will commit two types of errors, viz., type-I error and type-II error. If the lot is really good, but based on the sample information, it is rejected, and then the supplier/producer will be penalized. This is called producer’s risk or type-I error. The notation for this error is a . On the other hand, if the lot is really bad, but it is accepted based on the sample information, then the customer will be at loss. This is called consumer’s risk or type-II error. The notation for this error is ß. So, both parties should jointly decide about the levels of producer’s risk (a) and consumer’s risk (ß) based on mutual agreement.

OPERATING CHARACTERISTIC CURVE (O.C. CURVE)
The concepts of the two types of risk are well explained using an operating characteristic curve. This curve will provide a basis for selecting alternate sample plans. For a given value of sample size (n), acceptance number (C), the O.C. curve. 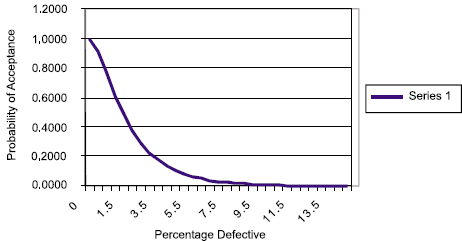 So, we require α, ß, AQL and LTPD to design a sample plan. Based on these, one can determine n and C for the implementation purpose of the plan. A various O.C. curves for different combinations of N and C shown here. 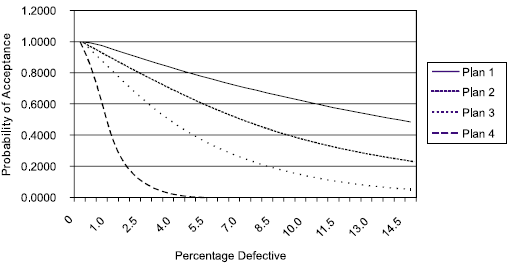 SINGLE SAMPLING PLAN
The design of single sampling plan with a specified producer’s risk and consumer’s risk is demonstrated in this section. The required data for designing such plan are as follows:

The objective of this design is to find out the values for the sample size (n) and acceptance number (C). The values for n and C are to be selected such that the O.C. curve passes through the following two coordinates:

But, the values of n and C should be integers. So, it will be very difficult to find n and C exactly for the given parameters of the design. Hence, we will have to look for approximate integer values for n and C such that the O.C. curve more or less passes through the above two coordinates.