As we've discussed in earlier chapters, customers may view the time and effort spent on consuming services as a burden. People don't like wasting their time on unproductive activities any more than they like -wasting money. They also prefer to avoid unwanted mental or physical effort, including anxiety or discomfort. Research shows that people often think they have waited longer for a service than they actually did. Studies of public transportation use, for instance, have shown that travelers perceive time spent waiting for a bus or train as passing one and a half to seven times more slowly than the time actually spent traveling in the vehicle.

The Psychology of Waiting Time

The noted philosopher William James observed: "Boredom results from being attentive to the passage of time itself." Based on this observation, David Maister formulated eight principles about waiting time. Adding two additional principles gives us a total often, summarized.

Unoccupied Time Feels Longer Than Occupied Time When you're sitting around with nothing to do, time seems to crawl. Thus many service organizations give customers something to do to distract them while waiting. Doctors and dentists stock their waiting rooms with piles of magazines for people to read while waiting. Car repair facilities may have a television for customers to watch.

One tire dealer goes further, providing customers with free popcorn, soft drinks, coffee, and ice cream while they wait for their cars to be returned. Theme parks supply roving bands of entertainers to amuse customers waiting in line for the most popular attractions.

Pre- and Post-Process Waits Feel Longer Than In-Process Waits There's a perceived difference between waiting to buy a ticket to enter a theme park and waiting to ride on a roller coaster once you're in the park. There's also a difference between waiting for coffee to arrive near the end of a restaurant meal and waiting for the server to bring you the check once you're ready to leave. Customers are typically more patient during the core service delivery process than before it starts or after it's completed.

Anxiety Makes Waits Seem Longer Can you remember waiting for someone to show up to meet you and worrying about whether you had the time and/or the location correct? This makes the perceived waiting time longer, because you are worried about whether you (or the person you're meeting) might have made a mistake. While waiting in unfamiliar locations, especially out-of-doors and after dark, people are often anxious about their personal safety.

Uncertain Waits Are Longer Than Known, Finite Waits Although any wait may be frustrating, and we can usually adjust mentally to a wait of known length. It's the unknown that keeps us on edge. Maybe you've had the experience of waiting for a delayed flight when you haven't been told how long the delay is going to be. This is unsettling, because you don't know whether you have time to get up and walk around the terminal or whether to stay at the gate in case the flight is called any minute. Airlines often try to appease their customers by giving them new take-off times for delayed flights (which are usually extended several times before the aircraft actually leaves the gate).

Unexplained Waits Are Longer Than Explained Waits Have you ever been in a subway or an elevator that has stopped for no apparent reason? Not only is there uncertainty about the length of the wait, there's added worry about what is going to happen. Has there been an accident on the line? Will you have to exit the subway in the tunnel? Is the elevator broken? Will you be stuck for hours in close proximity with strangers?

Unfair Waits Are Longer Than Equitable Waits Expectations about what is fair or unfair sometimes vary from one culture or country to another. In America, Canada, or Britain, for example, people expect everybody to wait their turn in line and are likely to get irritated if they see others jumping ahead or being given priority for no apparent good reason. In some other countries, it is acceptable to push or shove to the front of a line to receive faster service.

The More Valuable the Service, the Longer People Will Wait People will queue overnight under uncomfortable conditions to get good seats at a major concert, movie opening, or sports event that is expected to sell out.

Solo Waits Feel Longer Than Group Waits It's reassuring to wait with one or more people you know. Conversation with friends can help to pass the time, and some people are comfortable conversing with strangers while they wait in line.

Physically Uncomfortable Waits Feel Longer Than Comfortable Waits "My feet are killing me!" is one of the most frequently heard comments when people are forced to stand in line for a long time. And whether sitting or standing, a wait seems more burdensome if the temperature is too hot or too cold, if it's drafty or windy, or if there is no protection from rain or snow.

Unfamiliar Waits Seem Longer Than Familiar Ones Frequent users of a service know what to expect and are less likely to worry while waiting. But new or occasional users of a service are often nervous, wondering about the probable length of the wait and what happens next. They may also be more concerned about such issues as personal safety.

What are the implications of these propositions about the psychology of waiting? When increasing capacity is not feasible, managers should look for ways to make waiting more palatable for customers. An experiment at a large bank in Boston found that installing an electronic news display in the lobby didn't reduce the perceived time spent waiting for teller service but it did lead to greater customer satisfaction.

Some large hotels now provide these digital news displays in their elevators to make rides less boring (in addition to the common practice of putting mirrors near the elevators on each floor to shorten the perceived pre-process wait). And the doorman at a Marriott Hotel in Boston has taken it upon himself to bring a combination barometer/thermometer to work each day, hanging it on a pillar at the hotel entrance where guests waiting can spend a moment or two examining it while they wait for a taxi or for their car to be delivered from the valet parking.

Heated shelters equipped with seats make it more pleasant to wait for a bus or a train in cold weather. Theme park operators cleverly design their waiting areas to make the wait look shorter than it really is, find ways to give customers in line the impression of constant progress, and make time seem to pass more quickly by keeping customers amused or diverted while they wait. Restaurants solve the waiting problem by inviting dinner guests to have a drink in the bar until their table is ready an approach that makes money for the house as well as keeping customers occupied. In similar fashion, guests waiting in line for a show at a casino may find themselves queuing in a corridor lined with slot machines.

Does it help to tell people how long they are likely to have to wait for service? Common sense would suggest that this is useful information for customers, since it allows them to make decisions about whether they should wait now or come back later. It also enables them to plan the use of their time while waiting. An experimental study in Canada looked at how students responded to waits while conducting transactions by computer a situation similar to waiting on the telephone in that there are typically no visual clues as to the probable wait time.

The study examined dissatisfaction with waits of 5, 10, or 15 minutes under three conditions:

The results suggested that for 5-minute waits, it was not necessary to provide information to improve satisfaction. For waits of 10 or 15 minutes, offering information appeared to improve customers' evaluations of service. However, for longer waits, the researchers suggest that it may be more positive to let people know how their place in line is changing than to let them know how much time remains before they will be served.

One conclusion we might draw is that people prefer to see (or sense) that the line is moving, rather than to watch the clock. Some companies have adopted this approach to manage the waits that customers encounter when dialing customer service numbers. Recorded messages tell the caller how many people are ahead in the queue these messages are updated continuously until a customer service representative becomes available. 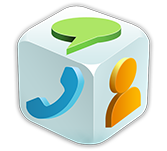