There’s not really a right and wrong way to write code. That being said, this section outlines a strong argument for adopting an object-oriented approach in software development, especially in large applications.

While it may be daunting at first, OOP actually provides an easier approach to dealing with data. Because an object can store data internally, variables don’t need to be passed from function to function to work properly. Also, because multiple instantiations of the same class can exist simultaneously, dealing with large data sets is infinitely easier. For instance, imagine you have two people’s information being processed in a file. They need names, occupations, and ages.

When executed, the code outputs the following:

While this code isn’t necessarily bad, there’s a lot to keep in mind while coding. The array of the affected person’s attributes must be passed and returned from each function call, which leaves margin for error. To clean up this example, it would be desirable to leave as few things up to the developer as possible. Only absolutely essential information for the current operation should need to be passed to the functions. This is where OOP steps in and helps you clean things up.

The OOP Approach
Here’s the OOP approach to our example:

This outputs the following in the browser:

There’s a little bit more setup involved to make the approach object oriented, but after the class is defined, creating and modifying people is a breeze; a person’s information does not need to be passed or returned from methods, and only absolutely essential information is passed to each method. On the small scale, this difference may not seem like much, but as your applications grow in size, OOP will significantly reduce your workload if implemented properly

Tip Not everything needs to be object oriented. A quick function that handles something small in one place inside the application does not necessarily need to be wrapped in a class. Use your best judgment when deciding between object-oriented and procedural approaches.

Another benefit of OOP is how well it lends itself to being easily packaged and cataloged. Each class can generally be kept in its own separate file, and if a uniform naming convention is used, accessing the classes is extremely simple.

Assume you’ve got an application with 150 classes that are called dynamically through a controller file at the root of your application filesystem. All 150 classes follow the naming convention and reside in the inc folder of your application. The controller can implement PHP’s __autoload() function to dynamically pull in only the classes it needs as they are called, rather than including all 150 in the controller file just in case or coming up with some clever way of including the files in your own code:

Having each class in a separate file also makes code more portable and easier to reuse in new applications without a bunch of copying and pasting.

Due to the more compact nature of OOP when done correctly, changes in the code are usually much easier to spot and make than in a long spaghetti code procedural implementation. If a particular array of information gains a new attribute, a procedural piece of software may require (in a worst-case scenario) that the new attribute be added to each function that uses the array. An OOP application could potentially be updated as easily adding the new property and then adding the methods that deal with said property.A lot of the benefits covered in this section are the product of OOP in combination with DRY programming practices. It is definitely possible to create easy-to-maintain procedural code that doesn’t cause nightmares, and it is equally possible to create awful object-oriented code. This book will attempt to demonstrate a combination of good coding habits in conjunction with OOP to generate clean code that’s easy to read and maintain. 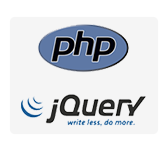