The common cold is caused by the rhinovirus invading the nasopharyngeal tract. The rhinovirus is frequently accompanied by acute inflammation of the mucous membranes of the nose and increased nasal secretions. This is known as acute rhinitis.

Adults have between two and four colds per year. Children are more susceptible to colds. The average child has between 4 and 12 colds each year. The rhinovirus is seasonable: 50% of the infections occur in the winter and 25% during the summer. The other 25% occur anytime throughout the year. Although no one has directly died from the common cold, it does create both physical and mental discomfort for the person and leads to a loss of work and school.

The rhinovirus is contagious one to four days before the patient notices the symptoms of the cold. This is referred to as the incubation period. During this time, the rhinovirus can be transmitted by touching contaminated surfaces and from contact with droplets from an infected patient who sneezes and coughs. After the incubation period, the patient experiences a watery nasal discharge called rhinorrhea, nasal congestion, cough, and an increasing amount of mucosal secretions.

When home remedies fail, patients turn to both prescription and over-the-counter medication. Cold medications fall into the following drug groups. Charts throughout these pages provide information about specific drugs in each group.

Many cold symptoms are caused by the body’s overproduction of histamines. Histamines are potent vasodilators that react to a foreign substance in the body such as the rhinovirus. They cause redness, itching, and swelling. They are part of the body’s defense mechanism. Antihistamines are drugs that compete for the same receptor sites as histamines. Once they latch onto the site, there is no room for the histamine. Therefore, the reaction caused by the histamine doesn’t occur. It is this reaction that produces many cold symptoms.

There are two types of histamine receptors: H1and H2. H2 receptors cause an increase in gastric secretions and are not involved in this response. The differences are illustrated in the charts. (See Antihistamine (H1 blocker) chart and Antihistamine Use to Treat Allergic Rhinitis chart.)

Patients have a runny nose when they get a cold. This is referred to as nasal congestion and is caused when the nasal mucous membranes swell in response to the rhinovirus. A decongestant is a drug that stimulates the alpha-adrenergic receptors to tell the brain to constrict the capillaries within the nasal mucosa. The result is that the nasal mucous membranes shrink, reducing the amount of fluid that is secreted from the nose. That is, a decongestant stops a runny nose.

A cough is a common symptom of a cold brought about by the body’s effort to remove nasal mucous that might drain into the respiratory tract. Antitussives are the ingredients used in cough medicine to suppress the cough center in the medulla. Although the cough reflex is useful to clear the air passages, suppression of the cough reflex can provide some rest for the patient. There are non narcotic and narcotic antitussives.

When an individual has a cold or other respiratory infection, it is common to have rather thick mucous that is difficult to expectorate. Expectorants are medications that loosen the secretions making it easier for the patient to cough up and expel the mucous. They work by increasing the fluid output of the respiratory tract and decrease the adhesiveness and surface tension to promote removal of viscous mucus.

Sinusitis is the inflammation of the mucous membranes of the maxillary, frontal, ethmoid, or sphenoid sinuses. Patients may take systemic or nasal decongestants to reduce the congestion that frequently accompanies sinusitis. Patients are told to drink plenty of fluids, to rest, and to take acetaminophen (Tylenol) or ibupro-fen for discomfort. In some cases, antibiotics are prescribed if the condition is severe or long lasting and an infection is suspected.

Acute pharyngitis is inflammation of the throat. It is more commonly known as a sore throat. The patient may have an elevated temperature, a cough, and pain when swallowing. Pharyngitis is caused by a virus (viral pharyngitis) or by bacteria (bacteria pharyngitis) such as the beta-hemolytic streptococci. Patients know this as strep throat. A throat culture is taken to rule out beta-hemolytic streptococcal infection. Sometimes patients experience acute pharyngitis along with other upper respiratory tract disease such as a cold, rhinitis, or acute sinusitis.

Patients who have a viral pharyngitis are given medications that treat the symptoms rather than attacking the underlying virus. Acetaminophen or ibupro-fen is given to reduce the patient’s temperature and discomfort. Saline gargles, lozenges, and increased fluid are usually helpful to soothe the sore throat.

Patients who have bacterial pharyngitis are given antibiotics to destroy the beta-hemolytic streptococci bacteria. However, antibiotics are only prescribed if the result of the throat culture is positive for bacteria. Patients are also given the same treatments for viral pharyngitis to address the symptoms of pharyngitis.

Acute tonsillitis is the inflammation of the tonsils which can be caused by a streptococcus microorganism. Patients who come down with acute tonsillitis experience a sore throat, chills, fever, aching muscles, and pain when they swallow.

A throat culture is taken to determine the cause of the infection before an appropriate antibiotic is prescribed to the patient. The patient is also given acetaminophen or ibuprofen to reduce the fever and the aches and pains associated with acute tonsillitis. The patient is also encouraged to use saline gargles, lozenges, and increased fluid to soothe the soreness brought on by infected tonsils. Antibiotics are only used if a bacterial infection is suspected. 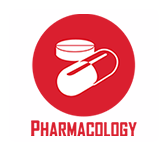