How sorting is done in parallel algorithm?

The process by which the elements in a group are arranged in a particular order in known as Sorting. The order may be ascending order, descending order, alphabetic order etc. Different types of sorting are:

A sequential sorting algorithm is not that efficient for sorting huge volume of data. Hence parallel algorithms are used in sorting.

All the elements are arranged in a list by identifying the final position of each element of the sorted list. Each element is compared with other elements and the number of elements having smaller values is compared.

For instance, for any two elements, ai and aj, any one of the case may be true. 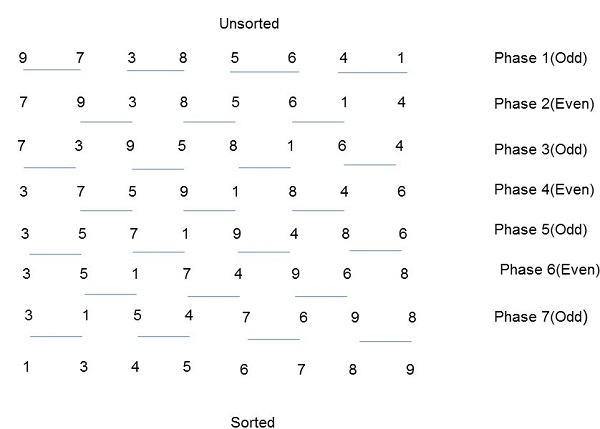 The unsorted list is divided into smallest possible sub-lists by Merge sort. Then it is compared with the adjacent list and merged in sorted order. By following divide and conquer algorithm, parallelism is implemented. 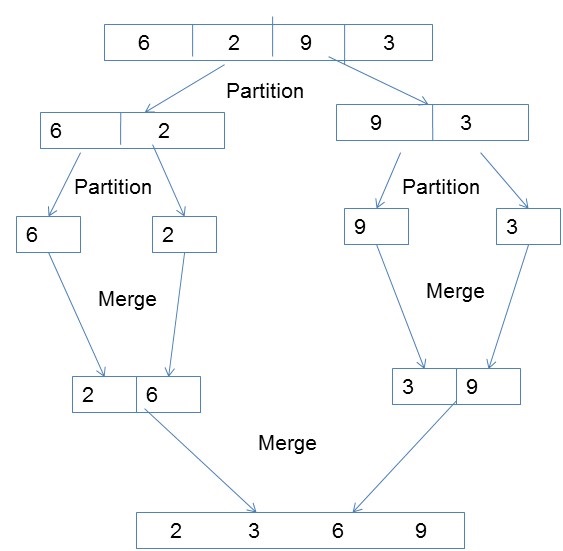 Under this sorting, the quick sort is implemented on hypercube. The steps of sorting are: 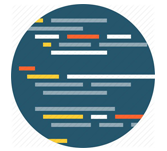