There are some internal forces that cause change in the organisations.They relate to change in machinery, equipment, methods and procedures, work standards, changes in the structure, changes in authority status, and responsibility etc.

Another associated internal pressure that is instrumental to organisational change is the existence of certain loopholes in the system itself. They may be like unmanageable spans of control, lack of coordination between the departments, obstacles in communication, multiplicity of meaningless committees, lack of uniformity in the policies, non-cooperation between line and staff etc. But normally the need for change in such areas goes unrecognised until some major catastrophe occurs. A rational Organisation thinks in terms of change long before it turns into changed event.

Organizations are forced most frequently to introduce changes in response to environmental pressures. Modern manager should be change conscious and operating in the constantly changing environment. Many external changes bombard the modern Organisation and make change inevitable. Some of these common forces are the rapidly changing technology, the economic shocks, changing market situations, social and political changes, changing Govt. policies, changes in labour and taxation laws etc. to name a few.

Technology is the major external pressure of change. It is perhaps the greatest factor that organisation reckons with. The rate of technological changes is so fast that we have to run to be where we are. Technological changes are creeping in our private lives too. They are also responsible for changing the nature of jobs performed at all levels in the organizations. Knowledge explosion, more particularly the computer technology and automation have made a remarkable impact on the functioning of organisation in the recent times. Technology change has always been equated with the progress in society. Today’s technology has outstripped the imaginations of the science fiction writers of a generation ago.

Each technological alternative results in setting into motion a chain of changes. The technology necessitates an organisation to change its process of manufacturing, make structural changes, make line and staff adjustments etc. Organisations of the day must equip themselves to absorb rapid extensive change in the technology and the need to deal with the great ambiguity and uncertainty.

Increase in the purchasing power of the people. This increases the demand for luxury goods. The consumer also become quality conscious.

Changing market situations is a seemingly ubiquitous phenomenon. The market changes include rapidly changing testes of consumers, needs and desires of consumers, suppliers, etc. Competition for new products, designs, changes in quality are growing at a terrific pace.

In a nutshell the entire complexion of the market is changing. Modern organisations are functioning in a highly competitive terrain. If they are to survive they must adapt themselves to the change and adopt the change.

Such environmental pressures as social and political change, as well as the relations between government and business also influence results of organisational efforts. Many new legal provisions get introduced every time that affects the organizations. Organisational units literally have no control over these forces but in order to survive they must adapt to changes. Governmental policies requiring taxation, national economy, foreign relations etc. are also the factors forcing necessity to change on the organisations. Not only this but the world politics also affects the organisation.

Many of times the change is resisted by employees, even if the change is for benefit of employees and the organisation. Resistance to change is perhaps one of the baffling problems a manager encounters because it can assume many forms. The effects of resistance may be overt or implicit, may be subtle and cumulative. Implicit resistance may be manifested in tardiness, loss of motivation to work, increased absenteeism and the requests for transfer etc. Overt resistance, on the other hand, assumes the form of wildcat strikes, shoddy work, reduction in productivity etc.

One aspect of mankind that has remained more or less constant is his innate resistance to change. By its very nature ‘change’ is against the tendency towards homeostasis. Unfortunately, many a time managers’ change efforts in an organisatjon run in employee resistance to change. It is because almost all people who are affected by change, experience some sort of emotional turmoil. Further, individual attaches great preference to maintain status quo. Additionally, positive threats from habit or custom, fear of unknown, the security and attractiveness of familiar, displacement of skills because of the technological advancement are all the conditions favouring the status quo. In fact, there may be near-infinite reasons why people resist change in organisation. According to Keith Davis, however, the following are the main reasons for resistance to change.

The resistance to change from the organisation comes because of the

Some organisational structures have inbuilt mechanism for resistance to change. For instance, consider a typically bureaucratic structure where jobs are narrowly defined, lines of authority are clearly spelled out, the flow of information is stressed from top to bottom. In such organizations the channels of communication make the new idea difficult to travel and eventually it increases the probability that the new ideal/innovation will be screened out because it is not suitable for the structure of the Organisation. Some organisations are so designed that they resist innovations. For example, those that perform narrowly prescribed assortment of functions oppose change. They also sometimes create strong defense against changes.

Organisations, many a times, operate under some resource constraints. If the resources with which to operate are available in abundance there will be no problem of introducing change. But the necessary financial, material and human resources may not be available to the Organisation to make the needed changes.

The plight of some companies is such that the heavy capital is blocked in the fixed or permanent assets. Even though the management in such organisations is convinced of the necessity of change, they may face resouce constraints because of the money already sunk in the purchase of block capital assets.

Sunk costs are not restricted to physical things alone. They can be expressed in terms of people also overcoming resistance to change.

The employees’ resistance to change can be overcome by –

It is always desirable that the manager takes people, especially those who are likely to be affected by the change in confidence before the change is set up. A communication intended to overcome the resistance should have the following characteristics;

That the communication should be honest. It should, state –

The following management styles are available to the manager for overcoming the resistance to change. 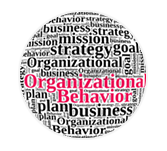