What is Multi-dimensional array in Objective-C?

For example, the declaration of three-dimensional 5, 10, 4 integer array as follows:

From the above table, Element in array “a” is identified by an element name of the form a[i] [j]. Where “a” is the name of the array, and “i” and “j” are the subscripts that uniquely identify each element in “a”.

Multidimensional arrays are initialized by specifying bracketed values for each row. The below example is an array with 3 rows and each row has 4 columns.

The nested braces, which indicate the intended row, are optional. The below statement is equivalent to previous example:

The elements in two dimensional arrays are accessed by using the subscripts, i.e., row index and column index of the array.

From the above statement it will take 4th element from the 3rd row of the array.
The below example explains the using of nested loop to handle a two-dimensional array:

There for the arrays can be with any number of dimensions but mostly we create one or two dimension arrays. 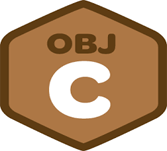