We're now getting into the directories which aren't "major". Starting with:

There's regex, which is what we use for our regular expressions function.

There's strings, the meaning of which is obvious. There's zlib, which is for Zempel-Liv compression.

All of the programs in these directories were supplied by others, as open source code. We didn't just take them, of course. MySQL has checked and changed what's in these directories. But we acknowledge with thanks that they're the products of other projects, and other people's labor, and we only regret that we won't have time to note all the contributed or publicly available components of MySQL, in this manual. 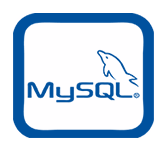