What is MooTools DOM Manipulations?

We already know that each HTML web page is designed using DOM elements. Using MooTools you can manipulate DOM elements which means you can create, remove and alternate the style of DOM elements.

The following are the basic methods that capture and help to modify the properties of the DOM elements.

This method is used to retrieve the element properties such as src, value, name, etc. The following statement is the syntax of the get method.

You will receive the following list of properties while retrieving the element using the get() method.

This method is used to set a value to a variable. This is useful when combined with events and lets you change values. The following statement is the syntax of the set method.

This method facilitates you erase the value of an element's property. You want to choose which property you need to erase from the detail. The following statement is the syntax of the erase() method.

Moving element means moving an existing element from one position to another position around the web page. You can use the inject () technique to move an element around the page. Let us take an example wherein, one HTML page contains three div elements which contain the content A, B, and C respectively in an order. Take a look at the subsequent code.

Now, using the inject() method in MooTools, we can change the order from ABC to ACB. This means, we need to place elementB after elementC and place the elementC before elementB. Take a look at the following code.

MooTools gives an option to create any sort of DOM detail and inserts it into the HTML page. However, we must maintain a proper syntax for every element. Let us take an example in which, the subsequent code snippet is the syntax for creating an (anchor) element.

Let us take an example that will create an anchor element using MooTools library. Take a look at the following code. 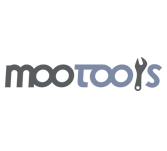