Beim and Calomiris provide an excellent summary of the characteristics of financial repression. These include:

In addition banks in EMEs have a number of problems, most of them the consequence of financial repression. In some emerging markets, the growth of an unregulated curb market becomes an important source of funds for both households and business. It becomes active under conditions of a heavily regulated market with interest rates that are held below market levels. In South Korea, it was estimated that in 1964, obligations in the curb market made up about 70% of the volume of total loans outstanding. By 1972, this ratio had fallen to about 30%, largely due to interest rate reforms. However, intervention by the monetary authorities in the late 1970s caused another rapid expansion. Since then, the curb market has all but disappeared, not only because of deregulated interest rates but also because business shifted to the rapidly growing non-bank financial institutions which offered substantially higher returns. In pre-revolutionary Iran there were money lenders in the bazaar who set loan rates between 30% and 50%. In Argentina, the curb market grew after interest rate controls were reimposed. Most of the credit was extended to small and medium-sized firms by the curb market and did not require collateral, probably because most lenders are reputed to have used a sophisticated credit rating system. As a conservative estimate, the average annual curb loan rate can be two to three times higher than the official rate.

Pay is lower in EMCs than in developed economies, and dramatically lower in some of the poorest. So bank operating costs should be correspondingly lower, too. But a number of factors mitigate this. In poorer countries, bank staff tend to earn incomes far above the local average. Banking is more labour intensive and much less computerised; and banks and branches are small, so economies of scale are not reaped as they might be elsewhere. Furthermore, government restrictions and regulations (e.g. interest rate ceilings, high reserve requirements) tend to raise bank operating costs.

Inflation rates vary widely among emerging market economies. In a few, it is both high and variable. To the extent that higher inflation encourages people to switch out of cash into bank deposits (where at least some interest is earned), it can strengthen bank finances, especially if reasonable interest is paid on reserves held at the central bank. However, variable inflation exposes banks to serious risks and rapid inflation is costly for them in other ways, not least because of the government controls that so often accompany it.

Another problem for many emerging markets is the percentage of arrears and delinquent loans, often because of state imposed selective credit policies, and/or named as opposed to analytical lending.

The financial sectors of developing economies and their rates of financial innovation are inhibited by poor incentives, political interference in management decisions and regulatory systems which confine banks to prescribed activities.2 In the absence of explicit documented lending policies, it is more difficult to manage risk and senior managers are less able to exercise close control over lending by junior managers. This can lead to an excessive concentration of risk, poor selection of borrowers, and speculative lending. Improper lending practices usually reflect a more general problem with management skills, which are more pronounced in banking systems of developing countries. Lack of accountability is also a problem because of overly complicated organizational structures and poorly defined responsibilities. Staff tend to be poorly trained and motivated. Ambiguities in property and creditor rights, and the lack of bankruptcy arrangements, create further difficulties. 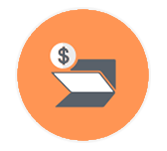