What are the different scenarios of Microsoft Azure?

Microsoft Azure can be best used only when the basic scenarios of the Azure are understood and also help to understand the services offered by the Azure. Three different scenarios are discussed.

The most popular scenario of Windows Azure is Software development. The software is initially developed and testes locally and they deployed in Windows Azure cloud. The web application is hosted by the Azure and the process and the communication with other web services is supported by Azure.

The loads on the on-premise system need to be reduced on a regular basis, which can be done simply by the Windows Azure at a low cost. The clients need not pay for the entire hardware and software, rather can pay only for the transactions made on the applications.

This is an extremely cost-efficient way of using new resources for the organization. Azure in this context offers quite quick growth to businesses by extending resources on cloud when needed.

Windows Azure facilitates a connection between the applications which follow different transport protocols. The properties are validated and extracted as per the requirement of the properties at the receiving end. The Windows Azure offers the service which avoids the bypass of the interaction to complete the due process of the communication unlike normal scenario. 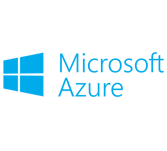