Turning the Process on Its Head - Marketing Research

The backward approach I advocate rests on the premise that the best way to design usable research is to start where the process usually ends and then work backward. We develop each stage of the process on the basis of what comes after it, not before. The procedure is as follows:

Step 1: Determine what key decisions are to be made using the research results.

Step 3: Prepare a prototype report and ask management if this is what will best help them make their decisions.

Step 4: Determine the analysis that will be necessary to fill in the report.

Step 5: Determine what questions must be asked to provide the data required by the analysis.

Step 6: Ascertain whether the needed questions have been answered already somewhere.

Step 11: Evaluate the research process and its contribution.

As one might expect, the first step is the most important.

Step 1: Determine What Decisions Are to Be Made

To most managers, the research problem is seen as a lack of important facts about their marketing environment. A manager may say, “The problem is I don’t know if service A is preferred over service B,” or, “The problem is I don’t know if my collaborators are more satisfied with my organization than my major competitor’s partners are with them, and if they aren’t, what they’re unhappy about.” By defining the problem, the solution is simply a reduction in the level of ignorance. The data elicited may be very interesting and may give managers a great deal of satisfaction in revealing things they didn’t know, but satisfaction can quickly turn to frustration and disappointment when the executive tries to use the results.

Consider a lifestyle study done not long ago on over-the counter drugs. Some respondents who claimed they were always getting colds and the flu were very pessimistic about their health. They frequently went to doctors, but the doctors were never much help. The respondents thought that over-the-counter drugs were often beneficial but weren’t sure why. This information, together with other details, caused the researchers to label this group the hypochondriacs.

What to do with these results? As is usually the case with segmentation strategies, there are quantity and quality decisions to make. The company has to decide whether to pump more marketing resources into the hypochondriac group than its proportion of the population would justify. The marketing vice president might first say yes because the hypochondriacs are heavy over-the-counter drug users, but the picture is more complicated than that. Perhaps hypochondriacs are sophisticated buyers, set in their purchase patterns and loyal to favorite brands. If so, money aimed at them would have little impact on market share. Light users, on the other hand, may have fragile loyalties, and throwing money at them could entice them to switch brands. Of course, just the opposite might be true: the hypochondriacs, being heavy users, might prove highly impressionable and responsive to compelling ads.

On the qualitative side, lifestyle research could be much more helpful. Since it generates a rich profile describing each group’s jobs, families, values, and preferences, this research could tell the company what to say. But the frustrated manager is likely not to know where to say these things. There is no Hypochondriac’s Journal in which to advertise, and there may be no viewing or reading patterns that don’t apply to heavy users in general, hypochondriacs or not.

A self-selection strategy could be tried: the company develops an ad speaking to hypochondriacs’ fears and worries in the hope that they will see the message and say to themselves, “Ah, they’re talking about me!” But no hypochondriac heavy users who read the ad might say, “Well, if this product is really for those wimpy worrywarts, it certainly is not for sensible, rational me! I’ll take my patronage elsewhere.” In this case, the research will be very interesting (fine fodder for cocktail party banter) but not actionable.

Suppose that the company had first laid out all the action alternatives it might take after the study. If the marketing vice president had made it clear that his problems were whether to allocate marketing dollars differently and whether to develop marketing campaigns aimed at particular, newly discovered segments, he would have set the project in a more appropriate direction. In the first case, discussions with the researcher would help the vice president determine the criteria that would justify a different budget allocation. Naturally, before he can reach a decision, the vice president needs research on the likely responses of different segments to advertising and promotional money spent on them. In the second case, the manager needs to know whether there are indeed channels for best reaching these segments. Only by management’s first thinking through the decisions to be made with the research results will the project be started with high likelihood of action.

Conversations with management will reveal the kinds of answers that will allow the choice among the courses of actions being considered. These can often be multiple answers to increase chances that the right course will be chosen.

Management should ask itself, “What should the final report look like so that we’ll know exactly what moves to make when the report is in?” The collaboration between the researcher and the manager should intensify and prove dynamic and exceedingly creative.

Scenario writing is a good technique for developing ideas for the contents of the report. The initiative here lies with the researcher who generates elements of a hypothetical report and then confronts management with tough questions like, “If I came up with this cross tabulation with these numbers in it, what you would do?”

The first payoff from this exercise arises from improvement of the research itself. These prototype tables can take the project forward by sharpening the decision alternatives and backward by indicating the best design for the questionnaire or pointing out how the analysis of the findings should be carried out. The forward effect is evident in the
following case:

A manager marketing a high-priced service is considering canceling a discount for multiple purchases because she thinks that most people taking advantage of it are loyal customers who are already heavy users, are upscale, and are largely price inelastic. Therefore, she speculates, the discount is just lost revenue. She is seriously considering dropping the discount altogether. To determine whether this is a sound decision, she needs to predict the responses of both old and new customers to the elimination of the discounts.

This new formulation of the decision leads to a discussion of the results that indicates that the study really needs to ask not only about the permanent discount but also about a one-time discount.

As the manager reflects on this table, she realizes that she still needs a way of minimizing the chance that old customers will take advantage of the one-time discount. One way this could be accomplished is by avoiding announcing the offer in media those old customers read or listen to. This indicates to the manager (and the researcher) that the questionnaire should also contain some questions on media habits. And so it goes.

This pattern of presenting possible results and rethinking design needs can be very productive. The process can sometimes have unanticipated consequences. Sometimes the researcher will present contrasting tables pointing to exactly opposite conclusions, only to discover that management is most likely to take the same course of action despite the results. This is usually a case for doing away with that part of the research design altogether.

Participation by the manager in this step of the backward research process has other advantages:

• It serves to co-opt managers into supporting the research work should it be criticized later.

• It deepens their understanding of many of the details of the research itself and their appreciation of both its strengths and its weaknesses.

• Working with hypothetical tables can make the manager eager for the findings when they do appear and ready to implement them.

• Working with contrasting tables makes it unlikely that the manager will be startled by surprising results, an outcome that sometimes causes manager to reject an entire study.

• Participation will reveal to management any limitations of the study. In my experience, managers are often tempted to go far beyond research truth when implementing the results, especially if the reported truth supports the course of action they prefer anyway.

The form of the report will clearly dictate the nature of the analysis. If management proves to be leery of analysis more complex than cross-tabulations in the earlier interactions, the researcher can design a series of step-by-step tabulations for the report that can make a complex argument. If management is comfortable with the higher reaches of statistics, the researcher can draw out some of the more advanced analytic procedures. In general, however, the analysis phase should be straightforward. If the exercise of hypothetical table writing has gone well, the analysis should amount to little more than filling in the blanks.

Step 5: Decide on the Questions to Be Asked in the Study

The backward approach is very helpful in the data-gathering stage in indicating what kinds of data to gather. It can also help in wording questions. One large electronics manufacturer wanted to gauge young consumers’ knowledge of and preferences for stereo components. Not until the researcher had prepared mock tables showing preference data by age and sex did the client’s wishes become clear. By “young,” the client meant children as young as ten years old. Moreover, the client believed that preteens, being a very volatile group, undergo radical changes from year to year, especially as they approach puberty.

Original research design plans had set a lower age cutoff for the sample at age thirteen and grouped respondents by relatively broad age categories, such as thirteen to sixteen and seventeen to twenty. This design went out the window. If the researcher had been following the usual design approach, the client’s expectations may not have surfaced until the study was well under way.

This exploration of existing secondary sources is now much easier than it was a decade ago because of the Internet and because there is simply much more marketing research going on.

Backward design can also help determine the appropriateness of using careful probability sampling techniques. If, for example, management wants to project certain findings to some universe, the research must employ precise probability methods. On the other hand, if the client is chiefly interested in frequency counts (say, of words that consumers use to describe the organization’s major brands or of complaints voiced about its frontline people), sampling restrictions need not be so tight. In my experience, researchers often build either too much or too little sampling quality for the uses the company has in mind. Similarly, scenario writing will usually also reveal that management wants more breakdowns of the results than the researcher anticipates, requiring larger sample sizes or more precise stratification procedures than initially planned. Through simulating the application of the findings, the final research design is much more likely to meet management’s needs and permit low field costs.

The first seven steps encompass the major advantages of the backward technique. Steps 8 through 9 revert to a traditional forward approach that applies the research decisions and judgments made earlier. If all parties have collaborated well in the early stages, these steps will carry through what has already been largely determined. Note, however, that in this approach, the process does not stop with writing the report. It is important to complete the research follow through, help management implement the results, and then evaluate the research process itself (steps 10 and 11). 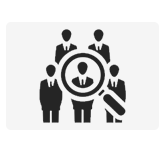