Whether such organizations are inside or outside of the mainstream of the public service, they are frequently the subject of criticism for having a top-heavy bureaucratic structure, an apathetic attitude to their customers and poor and wasteful management, characterized by a reluctance to innovate. Such criticisms infer unresponsiveness and lack of communication.

These are classic marketing problems, and it is not unreasonable to assume that marketing can contribute to their solution. This view can be supported if we examine some of the marketing issues in what constitutes a large proportion of not-for-profit organizations, namely in the public sector.

Due to the fact that many public services are virtual monopolies and funded by government, it is not possible to draw significant parallels between such systems and the commercial sector, other than to recognize that both have marketing problems. The essential difference is that for many public sector organizations the principle of consumer sovereignty has a reduced significance. For the most part it has not been possible for consumers to exercise the ultimate sanction: the withdrawal of patronage.

This is not to say that all public bodies have failed to respond effectively to their consumers. It is, however, true that where such failure has taken place, had the rules of the commercial sector been applicable, the guilty organizations would probably have been forced to change or go out of existence.

Since the period immediately after the Second World War, the UK has witnessed dramatic growth in the number of not-for-profit organizations dedicated to the service of the public. At the outset, the level of altruism and the immediate job in hand were probably such that a conscious marketing effort was not thought necessary. Over time the same trends that have necessitated changes in commercial marketing have also affected the public sector.

Changes in lifestyle, levels of affluence and the economy have altered attitudes to institutions which were once considered to be major social benefits. These changes have not been restricted to amenities such as libraries and other public recreational facilities, but have extended to charities, the police force and the health service. It could be argued that the public has little choice but to accept the public services with which they are provided. To accede to such a proposition would, however, be to deny the fundamentals of the marketing concept. While a city library may lose custom because it is not a pleasant place to visit, the only equivalent to such a sanction with respect to more immediately essential services is an unresponsiveness which engenders apathy and eventually hostility. When such a situation occurs, an organization becomes inefficient, not only from an internal viewpoint, but from the viewpoint of consumer satisfaction.

The missing element in organizations that have had experiences as described above is ‘communication’. Quite simply, the organization has lost touch with its consumers. During the last decade not-for-profit organizations have begun to adopt a ‘marketing orientation’ which is designed to remedy this, not only in what is physically being offered, but also in terms of image and customer impressions. Like the business sector, there has been a transitional period during which organizations have moved from a ‘selling’ to a ‘marketing’ orientation.

The providers of public amenities, for example, have recognized that it is not sufficient merely to offer short-term incentives and promotional campaigns; rather they have come to terms with deciding ‘what business they are in’. Libraries or public swimming baths are more than what they seem to be if one considers them as satisfying the ‘leisure’ needs of the community, rather than providing a lending service or a pool of water in which to swim.

That not-for-profit organizations can have marketing problems has not always been recognized. This recognition is the principal step of readjustment to the changing needs of society and to better serving those needs that have always existed. The next step is to adopt a marketing approach to management. This can be achieved by viewing the not-for-profit organization as the marketer views the firm and its markets.

Although there may need to be some modification to their application, most of the central concepts and techniques of marketing discussed in earlier chapters, such as target marketing, market research and forecasting and analysing consumers are equally relevant and useful to the not-forprofit organization.Just as in the profit-oriented organization, the basic aim of not-for-profit organizations is to obtain a desired response from a target market.

The desired response may be, for example, a visit to a health centre or increased support for a police force, rather than the exchange of money for products and services, but the principles of marketing remain the same. As regards the application and combination of the marketing mix, in many ways not-for-profit organizations, but more specifically their ‘products’, are similar to service products. For example, they are often intangible in nature and variability. The additional elements of the marketing mix for services, therefore, come into play together with some of the variations in the application of the conventional four Ps with regard to service products already discussed. 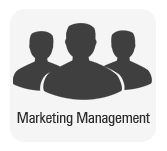