How the manager manages the team?

One of the important and biggest challenges for the manager who has been newly promoted is managing the team with whom the manager was a part and working with, till few days ago. This scenario of managing the people who were the mates earlier may lead to several challenges.

Positive Aspects of a Newly-appointed Manager

When a person is newly appointed as a manager, it implies that it was done within overnight. Even though a separate room may not be made available to the manager, he remains in the same place, but only the roles and responsibilities of the person are changed. At the same time, many adjustments have to be made as the newly promoted manager lacks the managerial experience and practice. Here the management should come into picture, help the manager and guide the manager with the new role and responsibilities and make him comfortable. 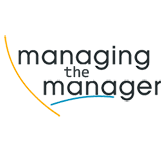