In a formal chart only functions and the designations of the individuals appear, visualising the organisation structure.

The following principles relating to the design of an organisation chart should be kept in view: The executives and those at the top of the administrative pyramid should never bypass the lines of authority mentioned in the organisation chart. They should not try to go over the heads of immediate subordinates when bypassed, naturally they are humiliated. Moreover, executives who do this, cannotexpect to hold subordinates responsible for the work of those under them.

Likewise, the subordinates should, also follow the established lines of authority. Just as the orders, under normal conditions are transmitted stepwise from superior to subordinates to the supervisors. Failure to obey the rule amounts to disloyalty and it may lead to suspicion, jealousy and non-cooperation.

There should be no overlapping, nor should two persons be placed at the same position, specially when their authorities and responsibility are different. The same duty should not be assigned twice. Again, none be compelled to serve two masters.

All persons should be acquainted with their duties and their administrative relations to others with whom they come into contact.

Balance of organisation is more important than individuals. No position should be assigned to an individual, only because executive orders say so.

It should not have any complication or ambiguity. It should be so formed as to allow periodic changes that may be needed with the increase in size and nature of the concern.

Charts define organisational relationships clearly. They instruct employees regarding jobs assigned and show how the jobs are related to others in the organisation.

Formal charting helps executives think about organisational arrangements in an objective way. Structural deficiencies, communication gaps, fuzzy authority lines, inappropriate spans of control, overlapping positions, etc. are all brought into the limelight. If charts are not available, many of these structural defects defy identification and may prove to be costly at a later stage.

Charts are useful training devices. The specific requirements of each position in the organisation are spelt out in detail and the incumbents know in advance as to what is expected of them and prepare themselves accordingly.

Charts provide useful information to outsiders interested in contacting the ‘right person’ in the organisation.

Charts show organisational relationships at a point of time and quickly become obsolete and outdated unless revised frequently.

Charts fail to show human relationships in the organisation. They only show the surface of the structure, not the inner workings.

Charts make people overly conscious of being superiors or inferiors, tend to destroy team feeling and give persons occupying a box on the chart too great a feeling of ownership.

Formal charting introduces rigidity in relationships. Moreover, by laying the boundaries for each position, charts promote empire building tendencies. Each position holder would be interested in guarding his territories carefully and if possible, enhance by overstepping his authority. Formal charting promotes inflexible attitudes leading to conflicts between position holders. The costs of preparing, disseminating, storing, updating and studying charts are prohibitive.

This chapter highlighted the concept of authority. Authority being the sum of the powers and rights entrusted to make possible the performance of the work delegated. It also presented the concepts of delegation and decentralisation along with their merits and demerits. Decentralisation of authority means dispersal of decision-making power to the lower levels of the organisation, whereas delegation is a process of devolution of authority. It also highlighted the role of organisation charts and its principles along with pitfalls and benefits. The advantages of organisation charts being 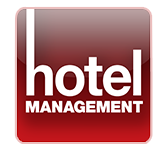