What is LTE Communication Channels?

We know that data will be carried out as information, which flows between the various protocols. These protocols are distinguished as channels and signals. LTE uses different types of logical, transport and physical channel, which are well known by the kind of information they carry and by the way in which the information is being processed.

Logical channels define what type of data is transferred. These channels define the data-transfer services offered by the MAC layer.Between the RLC and MAC protocols, the data and signalling messages are carried out in Logical layer.

Transport Channels define the way of how the data is being transmitted over the air, e.g. what are encoding, interleaving options used to transmit data.In between the MAC and the physical layer, data and signalling messages are carried on transport channels.

The transport channel processor composes different types of control information, to assist the low-level operation of the physical layer. These are listed in the table below:

Physical Control Channels are listed in the table below: 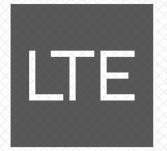