What are the different protocols and technology used by IoT?

A simple low energy and versatile option for identity and access tokens, bootstrapping connection and payments are facilitated by RFID (radio-frequency identification) and NFC (near-field communication).

The low-power, long use need of the IoT function is supported by this technology during exploiting a standard technology supporting the systems.

The hungry aspect of the IoT system, which is most powerful, is replaced by this technology. The communication links should always remain in listening mode in spite the sensors and other elements power down over long periods. Consumption is reduced and the life of the device is extended by less usage through low-energy wireless.

Low-rate private area networks are created by radio protocols such as ZigBee, Z-Wave, and Thread. Even though the technologies are low-power, they offer high throughput thus enabling to increase the small local device network power without additional costs.

An important upgrade to LTE technology is LTE – A or LTE Advanced, which increases the coverage, raise the throughput and reduce the latency. By expanding its range, LTE – A provides huge amount of power for IoT by using the most significant applications like vehicle, UAV, and similar communication. 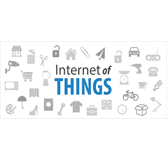