What is Group Structure?

The layout of a group is called as Group Structure. Roles, workplace behavior, status, norms, social loafing, cohorts, conformity, group demography combined together is a group.

Set of patterns related to behavior associated to persons in a specific position. Below are the three roles that people perform -

These roles are which concentrates on finishing the group goal. Below are the several task roles -

Primarily focus on the development of group building and relationships and maintaining peace, synchrony. Below are the several maintenance roles -

Those are the satisfactory degree of behavior shared by members of the group. They have their values, customs, expectation and habits regarding the things to be done.

The patterns mentioned above are the norms which mentions the way everyone interacts with others. They can be used in achieving a goal or blocking a goal.

Below are the four different norm types -

Focused on performing a person to work hard to achieve a goal. They are treated as informal hints that make an individual to know the importance of the group and the kind of results it should bring.

The guidelines to follow related to our looks and appearance physically such as the fashion wear and the hair style etc. are known as Appearance Norms.

For example – Every organization has rule to make sure formal dress code is followed. One should not wear a fancy dress for a team discussion.

The set of guidelines to follow in behavior settings in social environment. We do have hints to choose between when we are at social events and with friends.

This is set of guidelines centered on resources allocation in a business environment. These norms contains doing work extra time or raw materials required within a company.

For Example – If the deadline is approaching, then the task should be finished with available resources or by staying long hours.

It is known as the Group pressure or giving space to group pressures. A majority position is agreed upon by indicating either through a desire.

Below are the three types of conformity -

This results in when a person tries to get into the group creating group pressure. If a person is being neglected or rejected by group then Conforming occurs.

This Conformity occurs when an individual is lacking skills and knowledge and refers to the team for any help or if he is not clear on the circumstances and starts comparing his behavior with group.

Internalization is included in this conformity type.

This kind of conformity is when an individual conforms in earning respect, help from others. The social rewards drive this conformity and not the fear of being avoided.

To keep it in other way, the reason to conform is not always the group pressure.

Reference groups are what an individual or other group is compared to and used to test it and know the person’s nature.

These groups are referred psychologically in order to aspire and act as driving source for his/her needs, perceptions, experiences.

Reference groups are treated as benchmark groups and compared for evaluating a group traits.

It is the rank or position associated to an individual or a group. The status of a group consists of status equity, norms and cultures. All of them combined together is called the status of members of a group.

When an individual work alone, he should shed out lot of effort in achieving a goal. While the same can be done easily with a group.

Due to this reasons, team performance is sometimes less when compared to individual performance of their members.

The factor leading to social loafing is the feelings of a person that his/her performance is not going to matter.

Cohorts are what group members share a similar feature. Similarly, the group demography is the degree where a group member shares a similar demographic feature with others. This is considered as a efficient tool in enhancing the team performance in future.

Cohesiveness is the level of attraction between the team members and staying in a group. The factors involved in keeping all the members together is called Group Cohesion. Results of the team due to group cohesion are strong and exhibit better performance in becoming success. 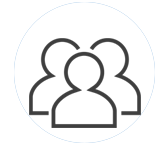