An activation group is a substructure of a job and consists of system resources (for example, storage, commitment definitions, and open files) that are allocated to run one or more ILE or OPM programs. Activation groups make it possible for ILE programs running in the same job to run independently without intruding on each other (for example, commitment control and overrides). The basic idea is that all programs activated within one activation group are developed as one cooperative application.

Note: If you are using the CRTBNDRPG command, you can only specify a value for ACTGRP if the value of DFTACTGRP is *NO.

You can choose one of the following values:

Note: The resources associated with a program running in the OPM default activation group via *CALLER will not be deleted until the job ends.

Maintaining OPM RPG/400® and ILE RPG Program Compatibility
If you have an OPM application that consists of several RPG programs, you can ensure that the migrated application will behave like an OPM one if you create the ILE application as follows:

An ILE RPG program created DFTACTGRP(*YES) will have its storage released when it ends with LR on or abnormally.

Note: The storage associated with ILE programs running in the default activation group via *CALLER is not released until you sign off (for an interactive job) or until the job ends (for a batch job).

If many ILE RPG programs are activated (that is called at least once) system storage may be exhausted. Therefore, you should avoid having ILE programs that use large amounts of static storage run in the OPM default activation group, since the storage will not be reclaimed until the job ends.

Reclaim Resources Command
The Reclaim Resources (RCLRSC) command is designed to free the resources for programs that are no longer active. The command works differently depending on how the program was created. If the program is an OPM program or was created with DFTACTGRP(*YES), then the RCLRSC command will close open files and free static storage.

Note: This means that if you have a service program that ran in the default activation group and left files open (returning with LR off), and a RCLRSC is issued, when you call the service program again, the files will still appear to be open, so so any I/O operations will result in an error. 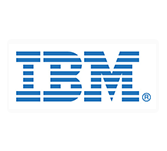