Binder language is based on the exports available from modules that are bound into service programs. A binder language source file must contain the following entries:

The following example shows the structure of a binder language source file:

Note: You must specify the mangled name of each symbol on the EXPORT command, because the binder looks for the mangled names of exports when it tries to resolve import requests from other modules.

Once all the modules to be bound into a service program have been created, you can create the binder language source file. You can write this file yourself, using the Source Entry Utility (SEU), or you can let the iSeries system generate it for you, through the Retrieve Binder Source (RTVBNDSRC) command.

You can use the Source Entry Utility (SEU) to create a binder language source file:

For example, based on the information shown in Figure the binder language source file for module SEARCH could list the following export symbols:

The Retrieve Binder Source (RTVBNDSRC) command can automatically create a binder language source file. It retrieves the exports from a module, or a set of modules. It generates the binder language for these exports, and places exports and binder language in a specified file member. This file member can later be used as input to the EXPORT parameter of the CRTSRVPGM command.

Note:After the binder language has been retrieved into a source file member, you can edit the binder language and modify it as needed, for example, if you make changes to a module, or if you want to make certain exports unavailable to calling programs.

The syntax for the RTVBNDSRC command is:

For detailed information on the RTVBNDSRC command and its parameters enter RTVBNDSRC on a command line and press F1 for Help.

When you make changes to the exports of a service program this does not necessarily mean that all programs that call this service program must be re-created. You can implement changes in the binder language such that they are backward compatible. Backward-compatible means that programs which depend on exports that remain unchanged do not need to be re-created.

To ensure backward compatibility,add new procedure or data item names to the end of the export list, and recreate the service program with the same signature. This lets existing programs still use the service program, because the order of the unchanged exports remains the same.

Using the Demangling Functions
You can retrieve the mangled names of exported symbols with the RTVBNDSRC command. To help you find the corresponding demangled names, the runtime library contains a small class hierarchy of functions that you can use to demangle names and examine the resulting parts of the name. The interface is documented in the <demangle.h> header file.

To demangle a name, which is represented as a character array, create a dynamic instance of the Name class and provide the character string to the class’s constructor. For example, to demangle the name f__1XFi, create:

The demangling functions classify names into five categories: function names, member function names, special names, class names, and member variable names. After you construct an instance of class Name, you can use the Kind member function of Name to determine what kind of Name the instance is. Based on the kind of name returned, you can ask for the text of the different parts of the name or of the entire name.

For the mangled name f__1XFi, you can determine:

If the character string passed to the Name constructor is not a mangled name, the Demangle function returns NULL.

For further details about the demangling functions, refer to the information contained in the <demangle.h> header file. If you installed ILE C/C++ using default settings, this header file should be in IFS in the ’/QIBM/include’ directory and in DM in ’QSYSINC/H’. 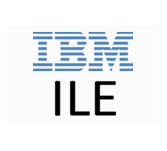