Note:Several styles have been inserted for consistency throughout the examples in this section. A border and background have been added to the element to enhance the visibility of the element’s scope and position. The element also has two positioning properties (top and left), although they do not affect the static positioning model.

Static positioning is the normal positioning model, rendering elements where they should naturally be. 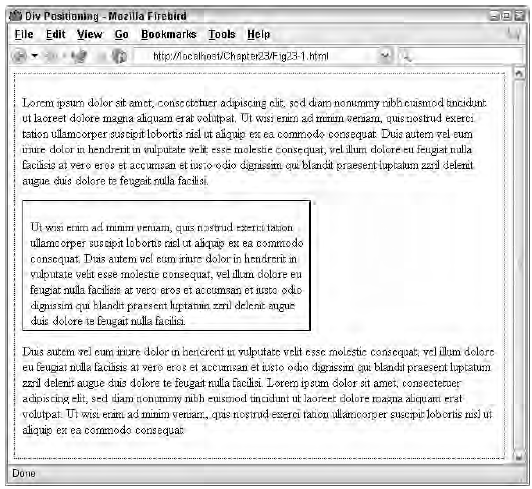 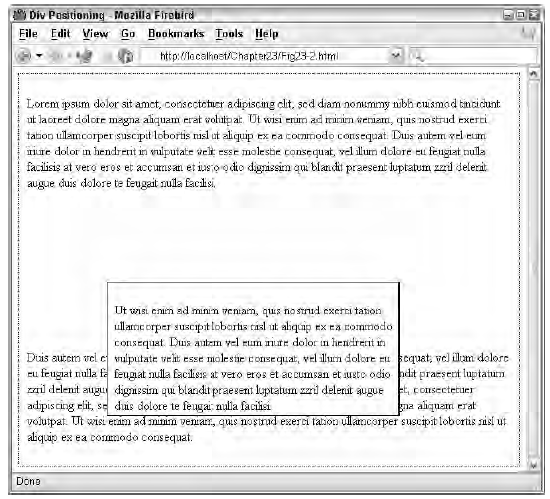 Note:The size of the element is determined by the sizing properties (width or height), the positioning of the element’s corners (via top, left, and so on), or by a combination of properties. 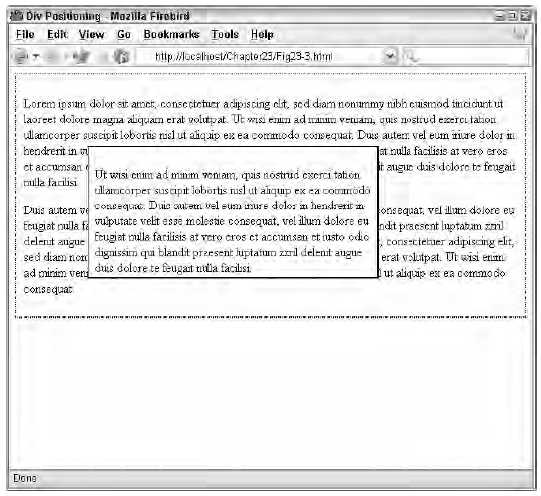 Note that when the document scrolls the fixed element stays put.

Elements using the fixed positioning model are positioned relative to the view port, much like absolute positioning. 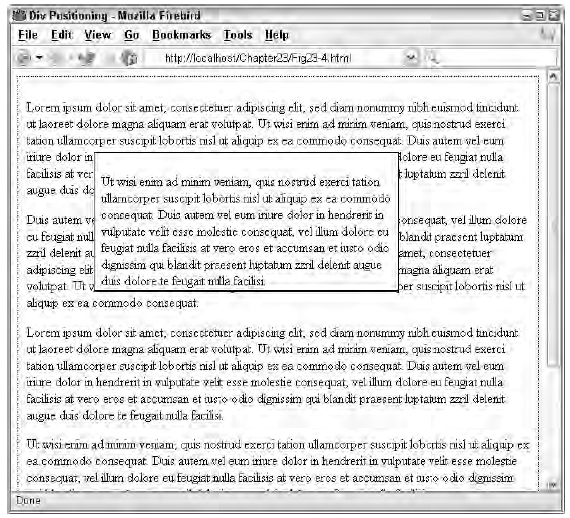 Elements using the fixed positioning model do not scroll in the view port, as shown when this document scrolls. 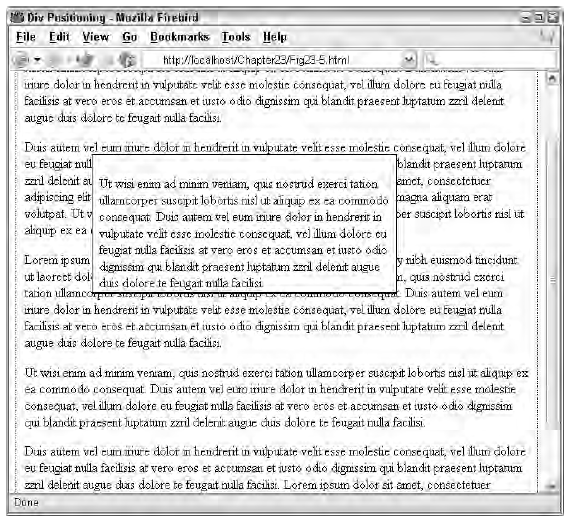