Tables
HTML tables are very basic, but can be very powerful when used correctly. At their base level, tables can organize data into rows and columns. At their highest level, tables can provide complicated page design—much like a page in a magazine or newspaper, providing columns for text and sections for graphics, menus, and so on.

For example, consider the following code, which results in the output shown in Figure:

This example is very straightforward because the table is very simple. However, due to the number of options you can use in formatting table elements and the fact that you can nest tables within tables, the tables in your HTML documents can get very complicated (and very powerful). To illustrate this point, compare Figures shows a page as it normally appears in the browser. However, if you turn on the table borders you can see how several tables (and nested tables) are used to provide the document layout, as shown in Figure.

Eleven rows and two columns of data in a table. 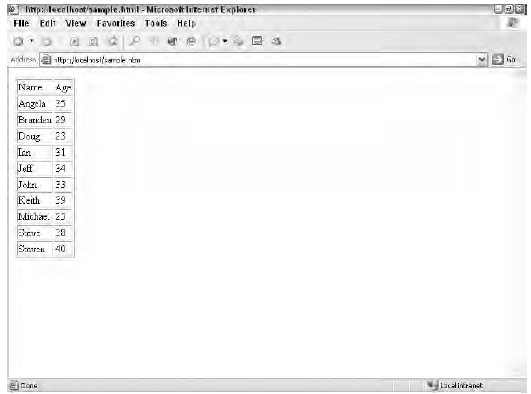 This document uses invisible tables to achieve its layout. 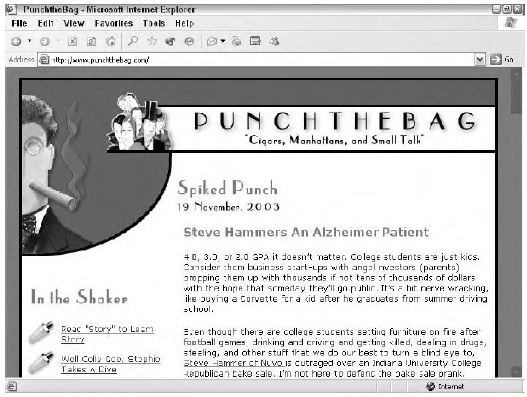 Making the table borders visible shows just how many tables are involved in laying out the page and how they help constrain the layout.Forms 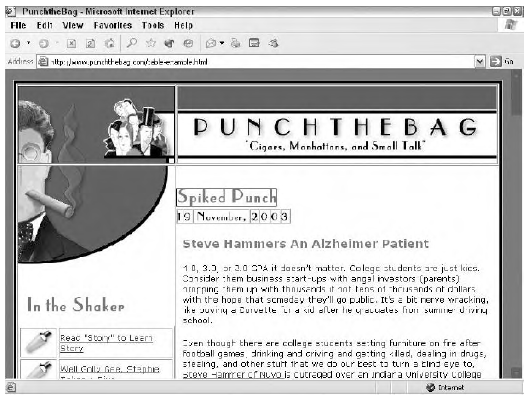 A typical HTML form resembles the following code, the output.

The preceding example form is very simple, it shows only some basic elements, and has no handler to process the data that is collected by the form. Real-world forms can be quite complex and usually require validation scripts to ensure the data collected is valid. However, this simple form illustrates the amount of control you can assert over data and format using HTML.