Inline frames were conceived as a better method to allow smaller pieces of content to be incorporated in scrollable containers within a larger document. Although you can use regular framesets to create individually scrolling regions, the layout is somewhat hampered by the stringent row and column layout design inherent in framesets.

sample inline frame placed in a document. Note that the frame is truly “inline”—that is, completely enveloped by the document around it.

If you do decide to utilize inline frames, keep in mind that, like other frame constructs, your documents will only validate against frameset DTDs. Inline frames are accomplished with the <iframe> tag. This tag has the following, minimal format: 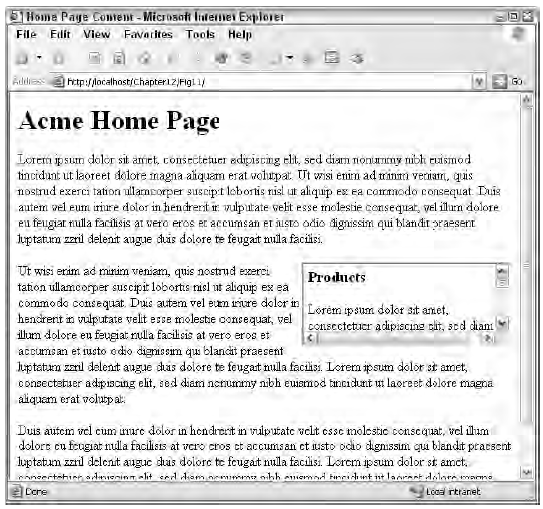 The <iframe> tag has a handful of additional attributes. 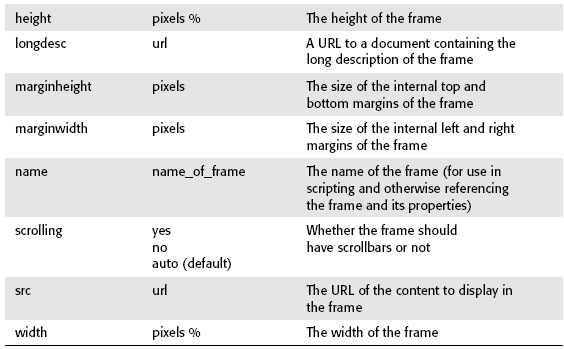 These attributes function exactly like their frame-based kin. It is recommended that you use as many attributes as possible to more closely specify how your <iframe> layout will be rendered.The following code was used for the document displayed .