White space is typically not a concern in HTML documents. However, at times you’ll want better control over how white space is interpreted and how certain elements line up to their siblings.

Clearing floating objects
The float property can cause elements to ignore the normal flow of the document and “float” against a particular margin. For example, consider the following code and resulting output shown:

Floating images can add a dynamic feel to your documents. 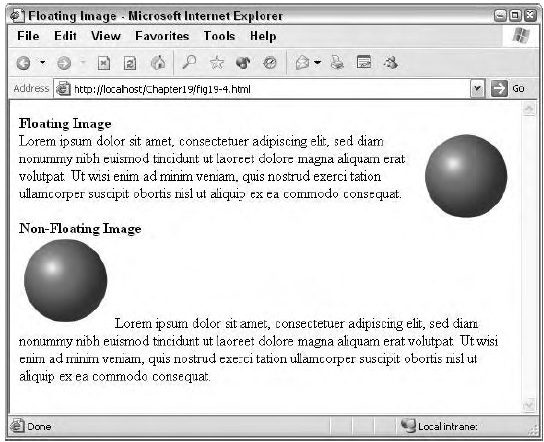 Floating images can sometimes get in the way of other elements, as in the case of this heading. 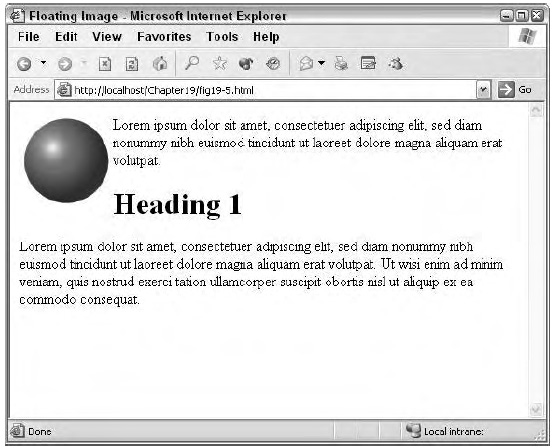 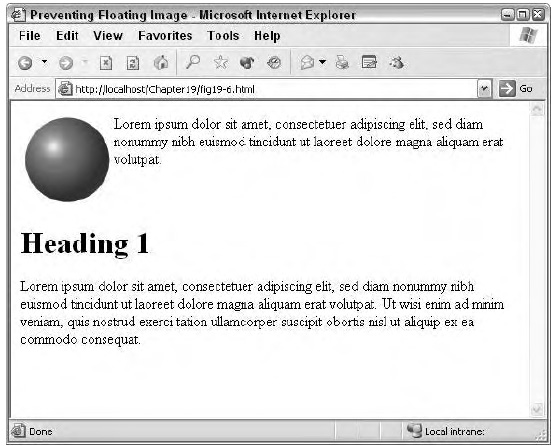 The white-space property can be set to the following values:

The default setting is normal, that is, ignore extraneous white space. If the property is set to pre, text will be rendered as though it were enclosed in a <pre> tag. Note that using pre does not affect the font or other formatting of the element—it only causes white space to be rendered verbatim. For example, the following text will be spaced exactly as shown in the following code:

<p style=“white-space: pre;”>This paragraph’s words are irregularly spaced, but will be rendered as such by the user agent.</p>

Setting the white-space property to nowrap causes the element not to wrap at the right margin of the user agent. Instead, it continues to the right until the next explicit line break. User agents should add horizontal scroll bars to enable the user to fully view the content.