What is a Structure in Go programming language?

A user defined data type which enables to combine different kinds of data items facilitated by Go programming language is called as Structure.

A record is represented using Structures. For instance, to track a book in the library the attributes that are to be tracked about each book are:

Type and struct statements are used to define a Structure. A new data type with more than one member is defined by struct for the program, and type statement binds a name with the typoe which is struct. The format of the struct statement is:

Structure type is used to declare the variables of that type by the syntax:

An illustration on the usage of Structure is:

How to pass a Structure as Function Argument?

How to define Pointers to Structures?

To access the members of a structure using a pointer to that structure, use the "." operator as follows:

The above example is re-written using structure pointer: 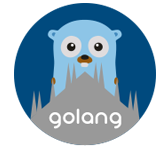