Electronic games are usually described by their genre strategy, adventure, role-playing, action, and simulation. These genres are a direct reflection of the source material for the game. Military and sports simulations; gambling, parlor, and puzzle games; storytelling; toys; and children’s games comprise some of the major branches of influence for the creation of electronic games.

Modern computer games have a rich history; some of the earliest games (1970s) were text adventure games such as Adventure, crude arcade games like Pong, and a little later, multiplayer games such as NetTrek. These early games explored storytelling, strategy, tactics, and the player’s hand-eye coordination. The sophistication of these games was, of course, limited by technology a limit that is constantly being pushed back.

Gambling, Puzzle, and Parlor Games
Games evolved from elegant board games full of culture to a wide variety of wagering games involving dice or cards. Games like Parcheesi and Scrabble took solid form during the 1800s and early 1900s. Parcheesi is the father of board games and requires the players to navigate their tokens around the board like Monopoly and Candy Land. These games themselves have been directly ported as electronic games, but it is the fast paced puzzle games like Tetris that have developed new ground in this genre. 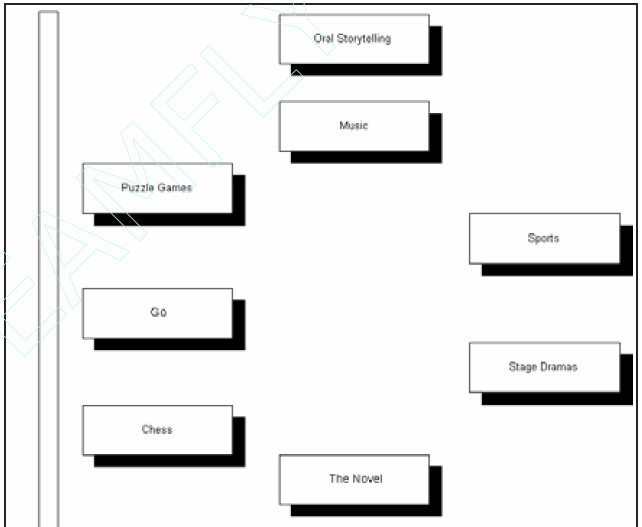 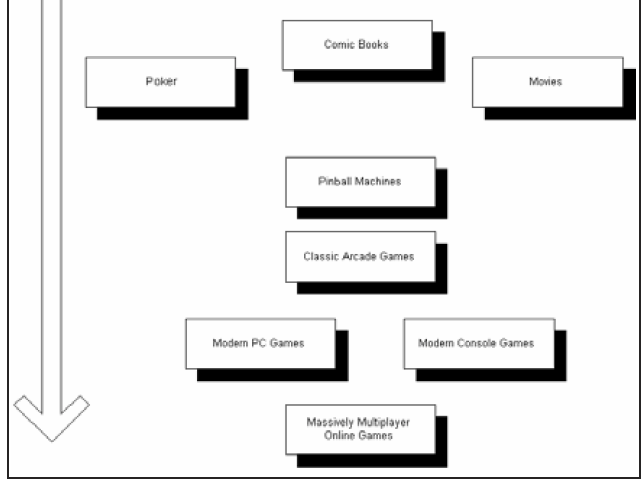 As I type these words, over 110,000 people are playing straightforward conversions of the classic card and board games online at Microsoft MSN Gaming Zone .These games have entertained families and friends throughout the ages and teach deduction, probability, and social skills. The folks at Silver Creek Entertainment have taken the concept of spades and hearts and have crafted the finest versions of these games, complete with a rich set of features for social interaction including chat, ratings, and blasting your opponents with fireballs.

One of the coolest parlors (in my opinion) happening right now is the Internet Chess Club with over 1,000 players currently connected and 26 Grand Masters and International Masters playing online. The ICC boasts an impressive chat system, automated tournaments, over 30 flavors of chess, anytime control, and impressive library and game examination features. Automated chess courses are broadcast throughout the day, and many titled players turn their mastery into cash by teaching chess using the shekel the unit of currency on the ICC. It is an exciting place where you have the choice of watching GMs and IMs or playing in tournaments around the clock. Instead of dusty annotated chess columns in the newspaper, try some three-minute blitz action with the best players in the world. 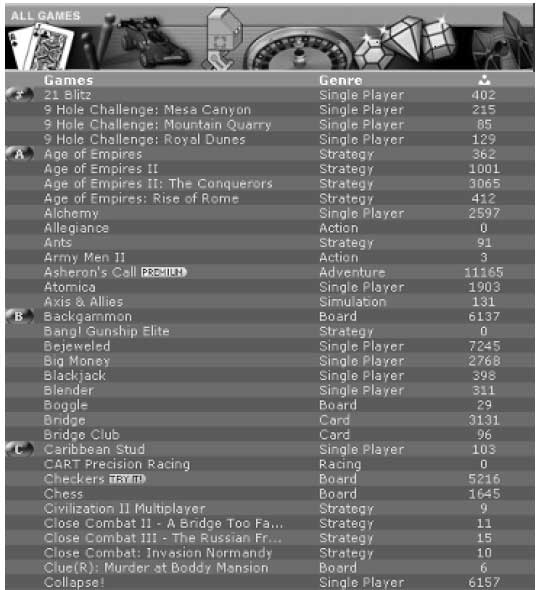 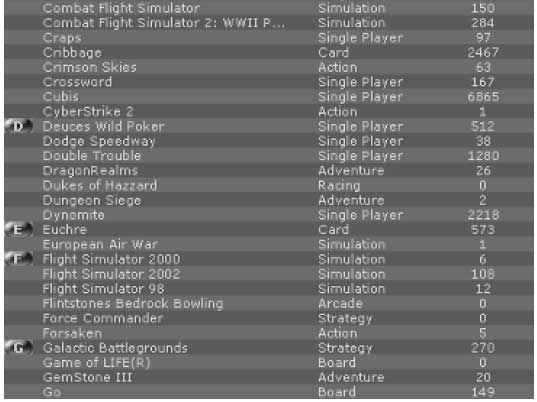 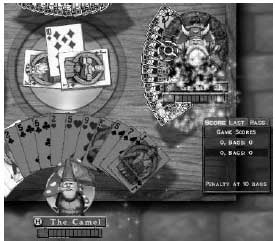 Various windows of the Blitz interface to the Internet Chess Club 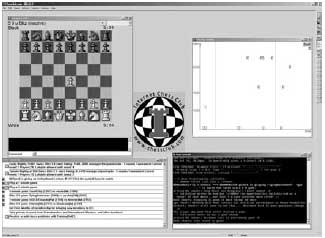 Military and Sports Simulations
Games have long been providing simulations of real life experiences that many of us do not get to experience in daily life. There are simulations for white water kayaking, racing minivans at night on the streets of Tokyo, fantastic looking detailed professional football simulations, skateboarding simulators, star fighter sims; in short, any sport, military action, or transportation method is a good candidate for an electronic simulation.

Flight simulators have been the staple of computer simulations since the early ’80s. Microsoft enjoys the #1 spot with Microsoft Flight Simulator, which they release new versions of every even-numbered year the latest being FS 2002. Microsoft Flight Simulator has a huge following including hundreds of virtual airlines and air traffic controllers, and half a dozen or so books are available for Flight Simulator. Austin Meyer of Laminar Research is the author of the most realistic and user-extensible flight simulator, XPlane. Aside from the obligatory features of impressive 3D plane graphics, great looking scenery, and a realistic flight model, the truly impressive features of X-Plane involve its expandability. Hundreds of planes and other features created by devoted fans are available for X-Plane, including real-time weather that is downloaded to your computer while flying! The author put his time into creating the first simulation of what it would be like to fly on Mars: real flight with the gravity, air density, and inertia models of flight on Mars.

A screen shot collage from X-Plane 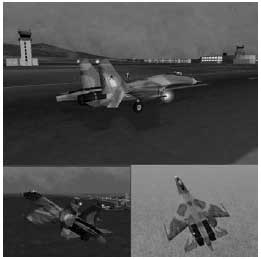 Through the ’70s and ’80s Avalon Hill produced a vast array of detailed military board games that covered all aspects of war making from the Bronze Age to the Jet Age. Avalon Hill’s crowning achievement is perhaps the most detailed board game ever created:

Advanced Squad Leader (ASL). ASL is also the most detailed squad level military board game simulation ever developed. Countless modules expand the game and the rules to take into account the differences of individual operations in World War II. There are zillions of rules (and errata!) for everything from ammo types to night combat rules. Military buffs have been playing war games for hundreds of years, but the developments that led to ASL carried forward into electronic gaming. Currently there is a rage going on about WWII squad games such as Microsoft’s Close Combat and Cornered Rat’s World War II: Online. The most hardcore of them all is Combat Mission: 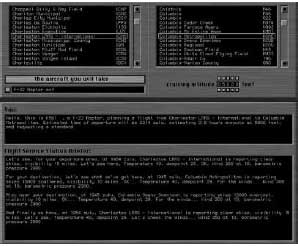 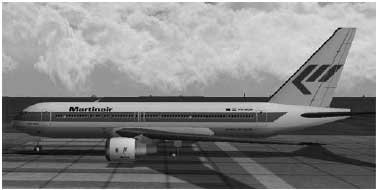 My company, Taldren, was founded on the success of our team’s Starfleet Command game, which is a 3D realtime interpretation of the rule set of Star Fleet Battles from Amarillo Design Bureau. Star Fleet Battles is a detailed simulation of starship naval combat based on the Star Trek television show and was created by Steven Cole. The board game translated well into a real-time 3D strategy game in part because the pen and paper board game itself broke the turns of the game into 32 “impulses” of partial turns to achieve a serviceable form of real-time simulation. The game itself was usually played as a cenario re-enacting a “historical” battle between star empires of the Star Trek universe. The game was so detailed in its mechanics a simple cruiser-on-cruiser skirmish could take two to fours hours to resolve, and a fleet action such as a base assault was a project for the entire weekend and a bucket of caffeine. We developed the Starfleet Command series that draws upon this rich heritage and delivers a compelling career in one of eight star empires or pirate cartels. As the players get caught up in epic struggles between the star empires, they earn prestige points for successful completion of their missions, which can be used to repair their ships, buy supplies, and upgrade to heavier class starships. This electronic game blends a television show telling the story of exploring the galaxy with the detail of a war game.

Car racing has been a staple of games from the days of Monaco GP and Pole Position in the arcade to the state-of-the-art Gran Turismo 3 by Sony. Gran Turismo 3 features hundreds of hours of gameplay, the most realistic driving physics model, and graphics so compelling you can feel the sunlight filtered through the pine trees. Electronic Arts, the largest software company in the games business, sells about $3 billion in games a year. Electronic Arts is both publisher and developer of countless games dating back to the early ’80s. EA has done very well across all platforms and all genres; however, it is the simulation of sports professional sports that is EA’s cash cow. Madden NFL Football has been published for years and has been released on every major platform including the PC, PlayStation, PlayStation 2, N64, Game Boy Color, GameCube, and Xbox.

Role-Playing Games
No discussion of game making could be complete without discussing storytelling. Sitting around a fire and spinning a tale is one of the oldest forms of entertainment. Shamans acted out roles as gods, animals, and warriors to explain our world, teach us history, and to fuel our imaginations after the sun went down. With the advent of writing, authors could now tell stories across time—longer, deeper stories than a single dry throat could repeat. J.R.R. Tolkien’s Lord of the Rings trilogy: Here we drank wine with nearly immortal elves, fought epic battles with orcs, and saved the world from ultimate evil through careful use of a ring. Science fiction and fantasy exploded in the second half of the twentieth century to become the dominant market of fiction.

Reading a novel is wonderful, but would it not be better to slay the dragon yourself and take the loot home to your castle? In the early ’70s, Gary Gygax created Dungeons and Dragons and showed us how to slay the dragon. Dungeons and Dragons was very special because you did not compete against the other players; rather you acted or role played a character in a fantasy world. You wrote a backstory for your elven ranger, what motivated him, why he must slay the orcs of the Fell Lands. You then joined up with the characters of your friends and roleplayed through an adventure run by your Dungeon Master, or referee.

Dungeons and Dragons has been played by virtually everyone in the game industry, and it is a keystone of the role playing game genre. Text adventures such as Zork and graphic adventures such as the King’s Quest series gave us choices for how the story would turn out. As capabilities expanded, breakthrough games such as Bard’s Tale, written by the infant Interplay and published by Electronic Arts, were later followed up by important games like the Ultima and Wizardry series.

Role-playing games took a brief slumber in the early ’80s when firstperson shooters dominated the PC market, and the format of the computer RPG remained fairly stale in the early ’90s. Starting around 1997 role-playing games made a big comeback in the form of three hugely important games: Baldur’s Gate developed by BioWare, Diablo developed by Blizzard, and Ultima Online developed by Origin. Baldur’s Gate brought us a gorgeous game with intuitive controls and mechanics and lavish production values that brought the Dungeons and Dragons world of the Forgotten Realms to life.

Diablo stunned the game industry with the simple and addictive gameplay of the tight user interface and online multiplayer dungeon hacking. Ultima Online was the first commercially viable massively multiplayer role-playing game. I spent probably 80 hours of my life there, mining virtual iron ore to get ahead in a virtual economy where I paid a real $10 a month for the privilege of exploring my mining fantasies.

Looking back to pen and paper role-playing games and fantasy fiction, I am excited to see the future of roleplaying games with the release of Neverwinter Nights developed by BioWare, where the tools of game mastering are part of the game. Scores of players will participate together in user-created adventures online. These online role-playing games are fantastic in scope compared to the multi-user Dungeons available on Unix systems on the Internet, but the story experience is just as compelling. I look forward to seeing the massively multiplayer virtual reality games as depicted in Tad Williams’ Otherland fiction series, where we become true avatars. Gas Powered Games’ release of Dungeon Siege, building on the groundbreaking immediacy of Diablo, will be the slickest action/RPG today with breathtaking 3D graphics and strong online multiplayer matchmaking that will satisfy the dungeoneer in all of us.