Method of Operation
The storage sequences of the entities in the list must have the same first storage unit. This requirement associates the entities in the list or other elements as well. The EQUIVALENCE statement only associates storage units and does not cause type conversion or imply mathematical equivalence. Thus, if a variable and an array are equivalenced, the variable does not assume array properties and vice versa.

The following shows a valid EQUIVALENCE statement using the arrays a and b:

The lower-bound values in the array declaration are always assumed for missing subscripts (in the above example, 1 through 3 for array a and 2 through 4 for array b).

Example
The two statements below are represented in storage as shown in Figure below.

Example
The two statements below cause the logical representation in storage shown in Figure below. 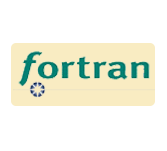