Forward exchange contract is a device which can afford adequate protection to an importer or an exporter against exchange risk. Under a forward exchange contract a banker and a customer or another banker enter into a contract to buy or sell a fixed amount of foreign currency on a specified future date as a predetermined rate of exchange. Our exporter, for instance, instead of groping in the dark or making a wild guess about what the future rate would be, enters into a contract with his banker immediately. He agrees to sell foreign exchange of specified amount and currency at a specified future date. The banker on his part agrees to buy this at a specified rate of exchange. The exporter is thus assured of his price in the local currency. In our example, the exporter may enter into a forward contract with the bank for 3 months delivery at Rs.49.50. This rate, as on the date of contract, is known as 3 months forward rate. When the exporter submits his bill under the contract, the banker would purchase it at the rate of Rs.49.50 irrespective of the spot rate then prevailing.

Date of Delivery
According to Rule 7 of FEDAI, a ‘forward contract’ is deliverable at a future date, duration of the contract being computed from the spot value date of the transactions. Thus the 3 months forward contract is booked on 12th February, the period of two months should commence from 14th February and the forward contract will fall due on 14th April.

Date of delivery under forward contract will be:

Fixed and Options Forward Contracts
The forward contract under which the delivery of foreign exchange should take place on a specified future date is known as fixed forward contract. For instance, if on 5th March a customer enters into a three months forward contract with his bank to sell GBP 10,000, it means the customer would be presenting a bill or any other instrument on 7th June to the bank for GBP 10,000. He cannot deliver foreign exchange prior to or later than the determined date.
We saw that forward exchange to a device by which the customer tries to cover the exchange risk. The purpose will be defeated if he is unable to deliver foreign exchange exactly on the due date. In real situation, if is not possible for any exporter to determine in advance the precise date on which he will be tendering export documents. Besides internal factors relating to production, many other external factors also decide the date on which he is able to complete shipment and present documents to the bank. At the most, the exporter can only estimate the probable date around which he would be able to complete his commitment.
With a view to eliminating the difficulty in fixing the exact date for delivery of foreign exchange, the customer may be given a choice of delivering the foreign exchange during a given period of days. An arrangement whereby the customer can sell or buy from the bank foreign exchange on any day during a given period of time at a predetermined rate of exchange is known as ‘Option Forward Contract’. The rate of which the deal takes place is the option forward rate. For example, on 15th September a customer enters into two months forward sale contract with the bank with option over November. It means the customer can sell foreign exchange to the bank on any day between 1st November and 30th November. The period from 1st to 30th November is known as the ‘Option Period’.

The operational aspects of the Forward Contract conditions are given below: 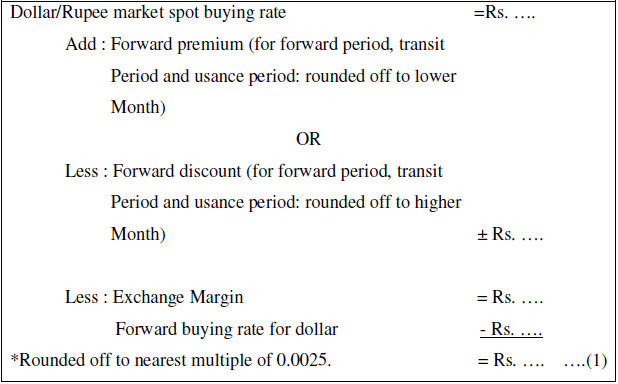 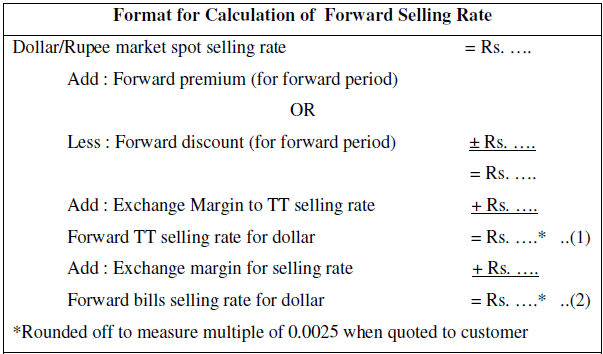