Have you ever wanted to take a scan of a “real” pen-and-ink drawing that you made and turn it into a vector graphic? It’s not incredibly hard to do, and the results are usually pretty close to the original . You can also turn continuous tone or photographic images into vector art, but the converted version will not likely bear much resemblance to the original. However, this can be useful for aesthetic effects.

A handful of applications, including Flash 5, let you trace raster artwork. In the following sections, we compare the tracing capabilities of Flash, FreeHand, and Adobe Streamline. With all of these tracing applications, keep in mind these points:

Flash’s Trace Bitmap command
After you have imported a bitmap into Flash, you can use the Modify➪Trace Bitmap command to convert the image into Flash lines and fills. This method is by far the simplest and quickest method of tracing artwork to use in Flash movies. The benefits are that you can perform it directly in Flash 5 without the aid of external applications, you have moderate control of the conversion settings, and, most importantly, the artwork is converted directly into Flash lines and fills . If the results of the Trace Bitmap command are less than desirable, then use as many undo steps as necessary to get back to your original bitmap image.

FreeHand’s Trace Tool
Macromedia FreeHand 9 also has tracing capabilities, and arguably, they are more expansive than Flash’s Trace Bitmap command. The Trace Tool now works like a magic wand, and you can selectively trace areas of a bitmap. You can access the Trace Tool in the FreeHand toolbox . By double clicking it, you can adjust the sensitivity of the Trace Tool for imported bitmapped artwork. 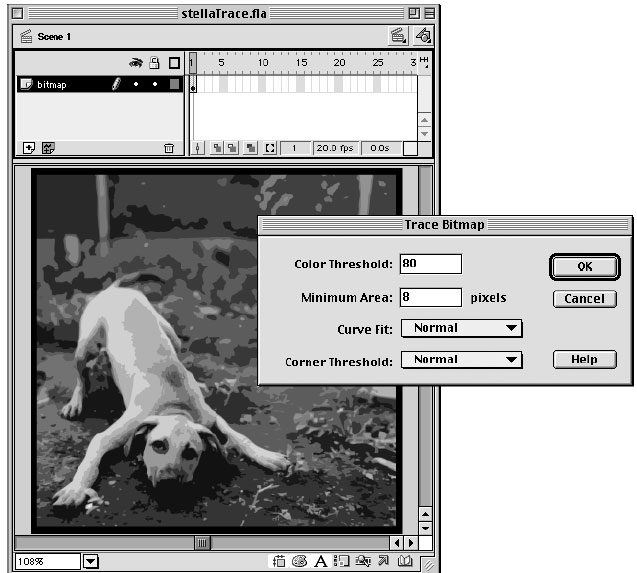 FreeHand’s Trace Tool has an array of options for precise tracing.

When you’re ready to trace the bitmap, you can do the trace in one of two ways: (a) selectively trace bitmap image areas, or (b) trace the entire bitmap. To use the first method, click the desired area with the Trace Tool. Once a selection is made, click inside the selection. FreeHand shows you the Wand options dialog, and you can choose whether you want to trace everything inside the selection (Trace Selection) or just the edge of the selection (Convert Selection Edge). Click OK after you have chosen an option, and FreeHand traces that area. To use the second method of tracing, simply click-drag a marquee selection with the Trace Tool, and FreeHand traces everything in the selection area.

Because the nature of bitmapped artwork varies by subject matter, we recommend that you use a “trial and error” method for using the FreeHand Trace Tool. If the results are not satisfactory, then simply undo the trace. Or refer to Deke McClelland’s coverage of the Trace Tool in the FreeHand 8 Bible (from IDG Books Worldwide, now Hungry Minds).

Tracing with Adobe Streamline
Although you can trace images in Adobe Illustrator, Adobe has a stand-alone product that is designed for tracing raster artwork Streamline 4.0. With Streamline, you have the most conversion options, and, more importantly, you can optimize the results with smoothing commands.After you have converted a bitmap image to vector artwork, you have the option of “smoothing” the results. Smoothing means eliminating redundant or excess points to create simpler shapes and curves. By reducing the complexity of points in vector artwork, you can reduce the overall file size dramatically.

In the Edit menu, you can access two types of smoothing: Smooth Paths and Smooth Direction Points. Smooth Paths eliminates anchor points within selected paths, and Smooth Direction Points changes hard-edged corners into rounded edges. Each command has a Minimum, Normal, and Maximum setting. For more information on the exactness of these settings, refer to the online Streamline help.

Streamline 4.0 hosts a wide range of presets in the Settings dialog. 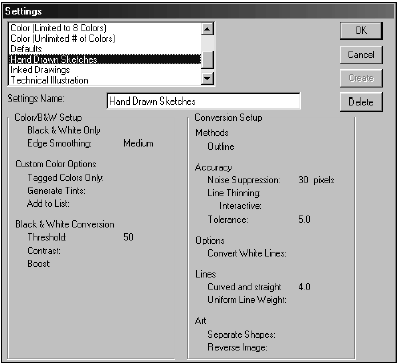 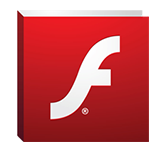 Using Tools For Navigation And Viewing

Working With Selections And The Pen Tool

Working With The Drawing And Painting Tools

Checking Out The Library: Symbols And Instances

Using Bitmaps And Other Media With Flash

Importing And Editing Sounds In Flash

Sending Data In And Out Of Flash