Although isql has some handy interactive features, it is not restricted to being run in its shell. Many of the interactive commands are available as command-line switches. Some isql utilities, such as metadata extraction, are available only from the command shell. Operations on input and output files need not be interactive —in fact, calling isql with the –i[nput] and –o[utput] switches will not invoke the interactive shell.

Commands execute and, upon completion, return control automatically to the command shell. Calls to isql can also be batched inside shell scripts or batch files.

Certain switches can be used when invoking the interactive isql shell; they are noted in Table.

Open a command shell and cd to the Firebird /bin directory of your Firebird server or client installation. Use the following syntax pattern for isql calls:

For SYSDBA operations, you can set the operating system variables ISC_USER and ISC_PASSWORD and avoid the need to enter them on commands. For non-SYSDBA activities, you will always need the owner credentials for operations on the database and/or objects.

The default terminator is the semicolon (;). You can change it to any character or group of characters with a command-line option.

You can set the isql dialect from the command line when invoking isql:

Only the initial characters in an option are required. You can also type any portion of the text shown in Table in square brackets, including the full option name. For example, specifying –n, –no, or – noauto has the same effect. 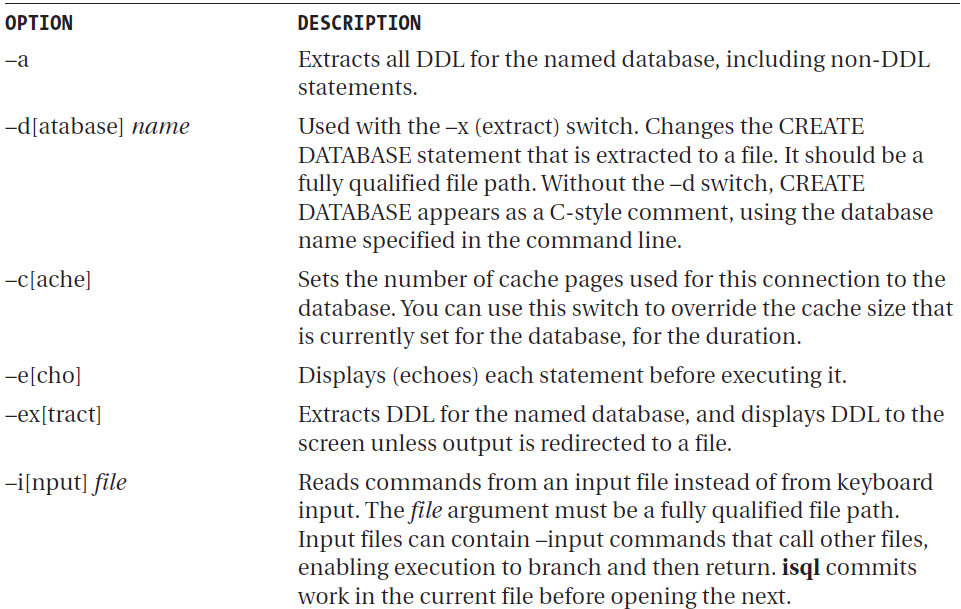 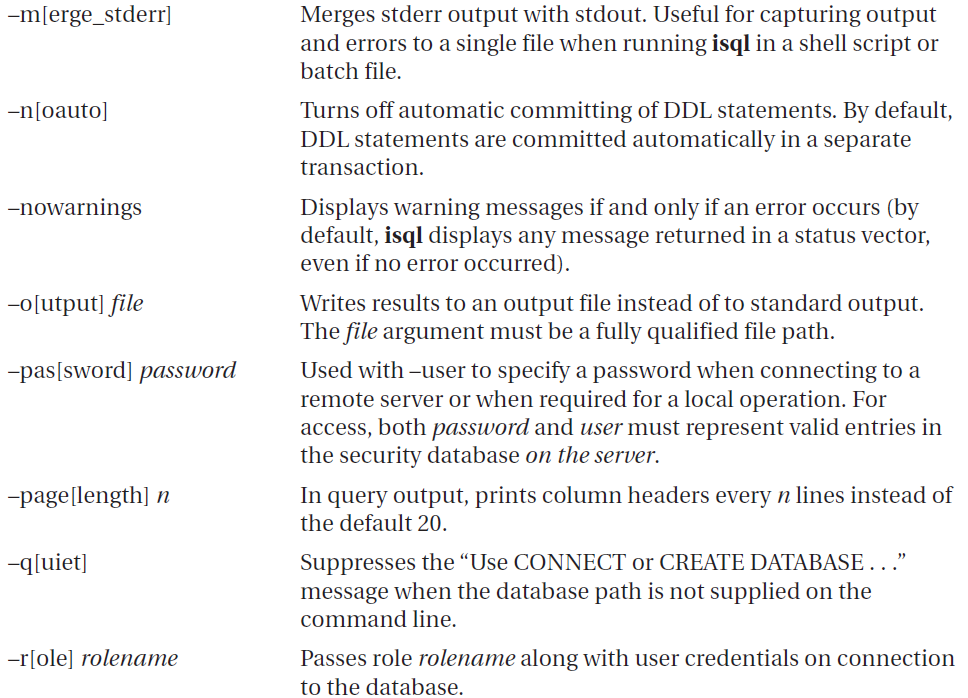