This requirement will be explained in this section.

A variation of one of two costing methods is used by an oil or a gas company to account for exploration and production costs: the successful-efforts method and the full-costing method.

Under both methods, exploration and production costs placed on the balance sheet are subsequently amortized as expense to the income statement. Amortization costs that relate to natural resources are called depletion expense.

In practice, the decision to use the successful-efforts method or the full-costing method is probably not significantly influenced by theory, but by practicalities. Most relatively small oil and gas companies select a variation of the full-costing method. This results in a much larger balance sheet. In the short run, it also usually results in higher reported profits. Small oil companies speculate that the larger balance sheet and the increased reported profits can be used to influence some banks and limited partners, which the small companies tend touse as sources of funds.

Large oil and gas companies tend to select a variation of the successful-efforts method. This results in a lower balance sheet amount and lower reported income in the short run.

The large companies usually depend on bonds and stock as their primary sources of outside capital. Investors in bonds and stock are not likely to be influenced by the larger balancesheet and higher income that results from capitalizing dry wells.

The method used can have a significant influence on the balance sheet and the income statement. The successful-efforts method is more conservative. Review Figure for a description of Texaco’s method of accounting for exploration and production costs.

Supplementary Information on Oil and GasExploration, Development, and Production Activities

Monitoring cash flow can be particularly important when following an oil or a gas company. The potential for a significant difference exists between the reported income and cash flow from operations. One reason is that large sums can be spent for exploration and 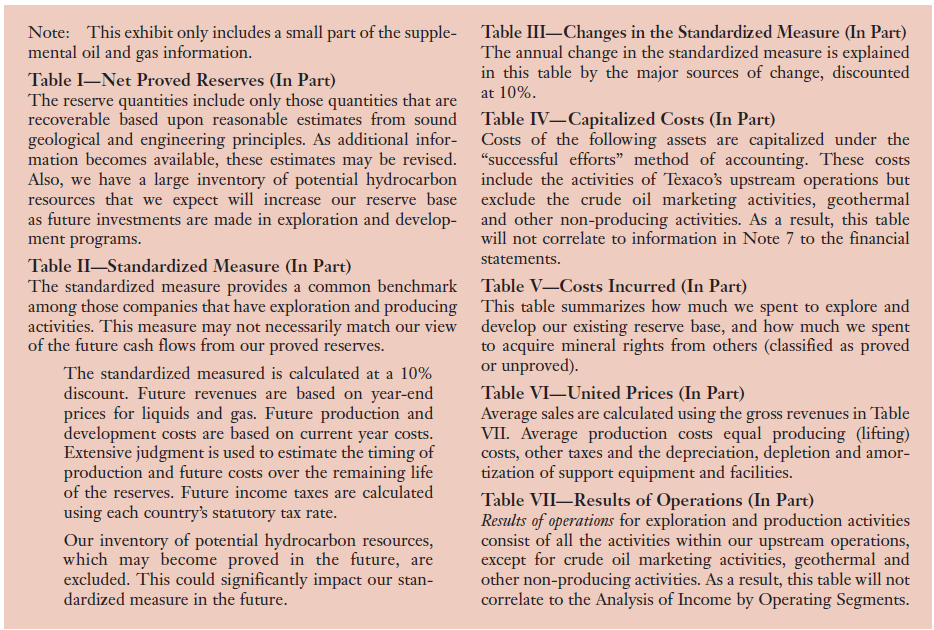 development, years in advance of revenue from the found reserves. The other reason is that there can be significant differences between when expenses are deducted on the financial statements and when they are deducted on the tax return. Therefore, observe the operating cash flow. 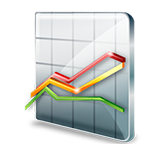