The importance of understanding the global economy can be seen in the volume of exports and imports in the United States. In 2002,U.S. merchandise exports totaled over $1,006 billion and merchandize imports totaled over $1,432 billion. The difference between merchandise exports and imports is the merchandise trade balance. In 2002, the United States had a merchandise trade deficit of approximately $426 billion, representing a substantial increase from the deficit in 1991 of $74 billion (Economic Report of the President (2004)). A strong U.S. dollar during 2002 made exports of U.S. goods relatively expensive and imports of foreign goods relatively cheap.

Business enterprises participate in the global marketplace in a wide variety of ways. Some firms simply export finished goods for sale in another country and/or import raw materials or products from another country for use in their domestic operations. At the other end of the spectrum are multinational enterprises. A multinational corporation has direct investments in manufacturing and/or distribution facilities in more than one country. Often, these foreign operations are structured as more or less freestanding subsidiaries.

The rise of the multinational firm has drastically changed the way business is done around the world. The multinational organization makes it relatively easy for firms to transfer the key factors of production land, labor, and capital to the location where they can be most productive, which represents a dramatic change from the time when the factors of production were thought to be immobile and only goods and services could be moved easily across borders. As a result, the process of resource allocation and business decision making has become more complex.

At the same time, multinational firms have the opportunity to benefit from imperfections that arise in various national markets for capital and other factors of production. Furthermore, whether or not a firm is engaged in international transactions, the decline of trade barriers and the increasing ease of moving assets to those countries where they will be the most productive adds a new element of competition for all firms. It is no longer possible for a U.S. manufacturer, such as Ford Motor Company, to worry just about its domestic competitors. Over the past decade, Japanese and German auto companies have built plants in the United States that directly compete with U.S.-based companies. All firms engaged in international business transactions face unique problems and risks not encountered by firms that operate in only one country.

First, there are difficulties associated with doing business in different currencies. Financial transactions between U.S. firms and firms (or individuals)in foreign countries normally involve foreign currency that ultimately has to be converted into U.S. dollars. Therefore, firms that do business internationally are concerned with the exchange rate between U.S. dollars and foreign currencies. Second, problems arise because of different government regulations, tax laws, business practices, and political environments in foreign countries. 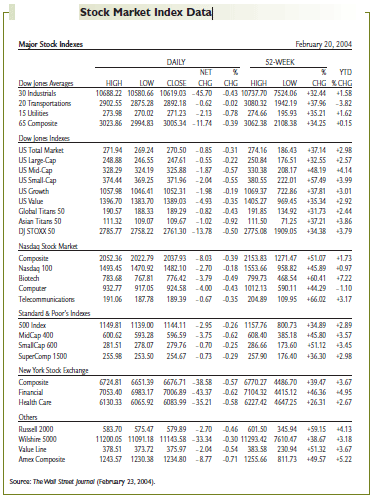