A company normally employs a combination of short- and intermediate-term credit and long-term debt and equity in financing its current and fixed assets. The various sources of long-term financing have already been discussed. This section focuses on the major sources of short-term credit.

Short-term credit includes all of a company’s debt obligations that originally were scheduled for repayment within one year. Short -term credit may be either unsecured or secured.In the case of unsecured short -term debt, a firm obtains credit from the lender without having to pledge any specific assets as collateral, and the lender depends primarily on the cash-generating ability of the firm to repay the debt. If the firm becomes insolvent and declares bankruptcy, the unsecured lender usually stands little chance of recovering all or even a significant portion of the amount owed. 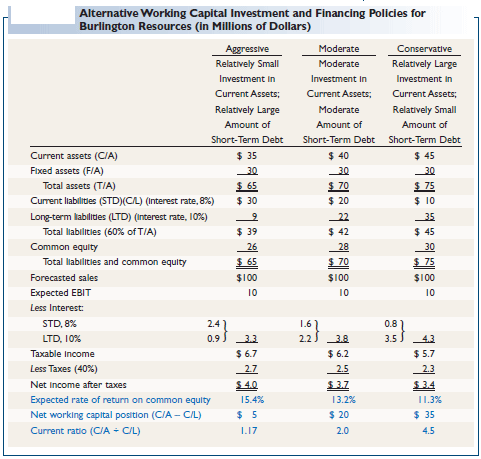 In the case of secured short-term debt, the borrower pledges certain specified assets— such as accounts receivable, inventory, or fixed assets—as collateral. The Uniform Commercial Code,which was adopted by all states during the 1960s, outlines the procedures that must be followed in order for a lender to establish a valid claim on a firm’s collateral. The first step in this process involves the execution of a security agreement, which is a contract between the lender and the firm specifying the collateral held against the loan. The security agreement is then filed at the appropriate public office within the state where the collateral is located.

Future potential lenders can check with this office to determine which assets the firm has pledged and which are still free to be used as collateral. Filing this security agreement legally establishes the lender’s security interest in the collateral. If the borrower defaults on the loan or otherwise fails to honor the terms of the agreement, the lender can seize and sell the collateral to recover the amount owed. Thus, the lender in a secured short-term debt agreement has two potential sources of loan repayment: the firm’s cash-generating ability and the collateral value of the pledged assets.

In general, companies prefer to borrow funds on an unsecured basis because the added administrative costs involved in pledging assets as security raise the cost of the loan to the borrower. In addition, secured borrowing agreements can restrict a company’s future borrowing. Many companies, particularly small ones, are not able to obtain unsecured credit, however. For example, a company may be financially weak or too new to justify an unsecured loan, or it may want more credit than the lender is willing to give on an unsecured basis. In any of these circumstances, either the company must provide collateral or it will not receive the loan. The short-term credit sources available to a company can be either spontaneous or negotiated. Spontaneous sources, which include trade credit, accrued expenses, and deferred income, are discussed in upcoming sections. Later sections of this chapter consider the various negotiated sources, such as bank credit, commercial paper, receivables loans, and inventory loans.