Traditional financial ratio analysis can be a useful tool to an analyst trying to evaluate a firm’s performance. However, many of the key performance measures, such as return on sales, assets, and equity, rely on accounting income concepts. Accounting income is not the relevant source of value in a firm cash flow is. Only cash can be spent. Accounting income, in contrast, does not reflect the actual cash inflows and outflows in a firm. Consequently, in this section we illustrate and define further the cash flow concept you encountered in, and introduce the statement of cash flows.

The income statement can be modified to provide a quick measure of the after -tax cash flow (ATCF) that is available from current operations to make capital expenditures, pay dividends, and repay debt. Accordingly, the ATCF is generally a more important number than the net income or earnings after taxes (EAT) figure. One shortcoming of the ATCF is that it does not consider additional cash tied up in (or released from) net working capital. ATCF is found by adding back noncash charges to EAT:

Noncash charges consist of such items as depreciation and deferred taxes. Hence:

An Overview of the Corporate Planning Process

After-tax cash flow also differs from earnings after taxes by the amount of a company’s deferred taxes. In accordance with generally accepted accounting principles and specifically in accordance with Statement of Financial Accounting Standards No.96, a company usually reports a different income tax expense amount to its stockholders than it actually pays in cash during that year.

In calculating PepsiCo’s 2002 after -tax cash flow, the deferred tax amount, $288 million, is added to the earnings after tax, because the deferred taxes were subtracted as an expense in determining earnings but did not constitute a cash payment by PepsiCo in 2002. Deferred taxes generally occur because of temporary differences in the stated amounts of assets and liabilities for financial reporting purposes and for tax purposes.

A company effectively can continue to defer payment of these taxes as long as it continues to purchase a sufficient amount of new fixed assets.When it ceases purchasing such assets or purchases fewer of them, it will have to pay the deferred taxes. 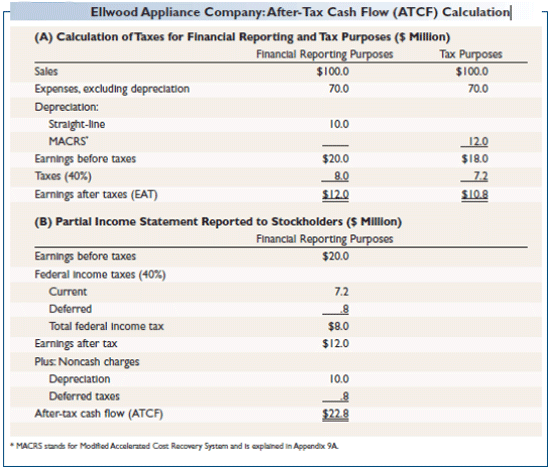 The Statement of Cash Flows 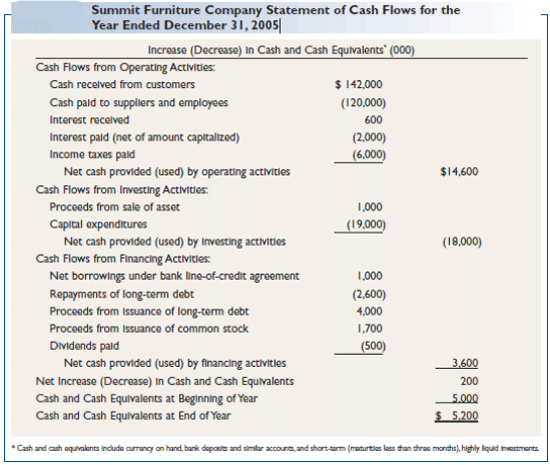 PepsiCo had 2002 net income (EAT) of $3,313 million. Converting this net income to cash flow requires adding back noncash expenses, including depreciation and deferred taxes. Then PepsiCo adjusted net income from the accrual method (required by GAAP) to the cash amount by showing increases and decreases in its various current asset and liability accounts. After these adjustments, PepsiCo had net cash from operations of $4,627 million. In 2002 PepsiCo used $527 million in investing activities, primarily for capital expenditures and acquisitions. Financing activities used $3,179 million.

The net effect of PepsiCo’s 2002 activities was an increase in cash and cash equivalents of $955 million. The PepsiCo statement of cash flows gives a good feel for the effect PepsiCo’s operating, investing, and financing activities had on its cash position.