An Overview of the U.S. Financial System - Financial Management

investment activity undertaken by firms is influenced by the rate of return (cost of capital) the firms must pay to attract resources from savers. Accordingly, it is important for financial managers to understand the elements and functioning of the financial marketplace so that capital costs can be minimized for any set of investments a firm undertakes.

Funds flow from surplus spending units, such as households, to deficit spending units, such as businesses, through financial middlemen and financial intermediaries. Financial middlemen include brokers, who bring together buyers and sellers of securities; dealers, who sell securities to investors out of an inventory they carry; and investment bankers,who assist corporations in selling their securities. These securities are called primary claims, because they are sold directly by the borrower and bought directly by the saver (lender).

Financial intermediaries include commercial banks, thrift institutions, investment companies, pension funds, insurance companies, and finance companies. They differ from financial middlemen in that they issue secondary claims to the ultimate lender instead of primary claims. (A bank savings account is an example of a secondary claim). A financial intermediary may lend money to a corporation, even though there is a small chance that the corporation will default on its loan. In general, individuals or households are unwilling to lend funds to a corporation under these circumstances, but they will allow a commercial bank to use their funds, because the bank can guarantee them both liquidity and safety.

U.S. Gross Savings and Investment, 2002 (in Billions of Dollars) 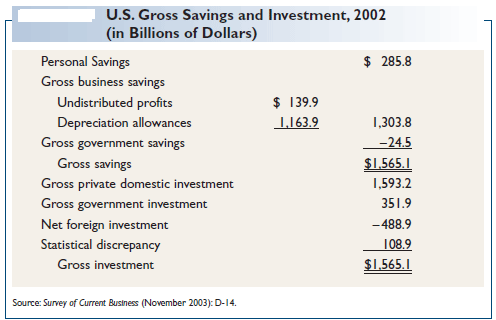 Thus, financial intermediaries facilitate the transfer of funds. They are compensated for their services by an interest rate spread. For example, a bank might loan money to a business at an average of 8 percent interest, pay depositors an average of 4 percent interest, and use the 4 percent difference to pay employee salaries and other expenses, as well as to provide a return to their stockholders. The various financial intermediaries are examined in greater detail later in this section. 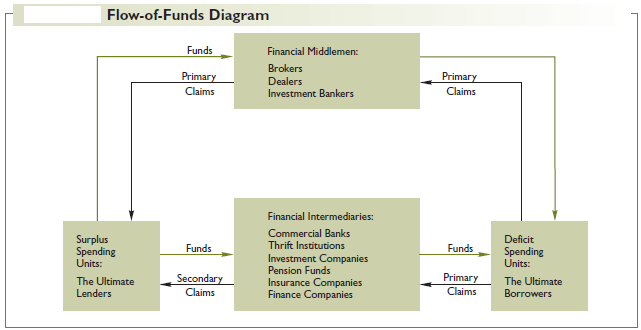 deal in short -term securities having maturities of one year or less. Capital markets deal in long -term securities having maturities greater than one year. (In both cases, the 1 -year break point is somewhat arbitrary.) Most large corporations participate in the money markets, especially when they have more cash on hand than needed to run their businesses. For example, Merck & Company had nearly $5 billion in cash and short-term investments at the end of (fiscal year) 2002 approximately 34 percent of its current assets and 11 percent of its total assets. By investing in money market securities, the company earned interest rather than leaving its funds in non -interest -bearing commercial bank checking accounts.

Corporations enter the capital markets to obtain long-term funds, either debt or equity. Many corporations are unable to generate enough funds internally to satisfy their needs, so they raise additional funds externally in the capital markets. For example, during 2001,Cisco Systems, Inc., made capital expenditures and other investments of about $7 billion and paid no dividends. During the same year, Cisco generated $6.4 billion of operating cash flow internally. As a result, Cisco sold a substantial amount of new common stock ($1.2 billion).

An investor who purchases new securities is participating in a primary financial market. Net proceeds from the sale of new securities go directly to the issuing company. On virtually any given business day, The Wall Street Journal contains announcements about the issuance of new debt and equity securities. (These are called tombstones because of their resemblance to epitaphs.)

We shows a tombstone announcement for the sale of new shares of common stock by ARIBA Corporation. On June 29, 1999, the company issued 5.75 million shares of common stock through an underwriting syndicate of investment bankers for $23 per share. Note that part of the offering was sold via the Internet. There is a growing trend toward Internet -based distributions of new offerings, including a large offering in 2004 by Google. An investor who resells existing securities is participating in a secondary financial market.

Secondary markets are well established in the United States, where stocks can be traded on the “floor” of a security exchange, such as the New York Stock Exchange (NYSE) or the American Stock Exchange (ASE or AMEX) or in the over-the-counter market (OTC). The structure and operation of the secondary markets is discussed in greater detail in the following sections.

Commercial banks accept both demand deposits (in the form of checking accounts) and time deposits (in the form of savings accounts and certificates of deposit). These funds are loaned to individuals, businesses, and governments. Commercial banks are an important source of short -term loans. Seasonal businesses, such as retailers, certain manufacturers (for example, those who deal in leisure products), some food processors, and builders often require short-term financing to help them through peak periods.

Many other types of businesses have a more or less continuing need for short -term financing and make prior arrangements with their banks to borrow on short notice. For example, in 2001, Darden Restaurants had a $300 million revolving credit agreement with its banks. This established revolving credit agreement gives Darden quick access to substantial funds as they are needed in the operation of the firm.As this example illustrates, banks provide significant amounts of both temporary and more “permanent” short -term financing for businesses.2 Banks are also a major source of term loans, which have initial maturities between 1 and 10 years and are usually repaid in installments over the life of the loan.

The proceeds from term loans can be used to finance current assets, such as inventory or accounts receivable, and to finance the purchase of fixed plant facilities and equipment, as well as to repay other debts. 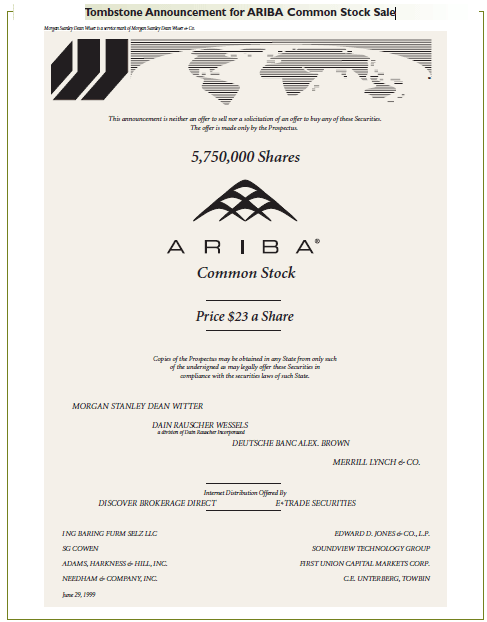 Thrift institutions include savings and loan associations, mutual savings banks, and credit unions. These institutions accept both demand and time deposits. Savings and loan associations and mutual savings banks invest most of their funds in home mortgages, whereas credit unions are engaged primarily in consumer loans. Many thrift institutions have been acquired by commercial banks in recent years. The role of thrifts in financing has declined greatly.

Investment companies, such as mutual funds and real estate investment trusts (REITs), pool the funds of many savers and invest these funds in various types of assets. Mutual funds invest in specific financial assets such as debt and equity securities of corporations or money market instruments according to the objectives of the fund. Mutual funds attempt to achieve superior performance through diversification4 and professional investment management. REITs, as the name suggests, invest their pool of funds in real estate.

Private pension funds pool the contributions of employees (and/or employers) and invest these funds in various types of financial assets, such as corporate securities, or real assets, such as real estate. Pension funds are often managed by bank trust departments and life insurance companies.

Insurance companies receive periodic or lump -sum premium payments from individuals or organizations in exchange for agreeing to make certain future contractual payments. Life insurance companies make payments to a beneficiary based on certain events, such as the death or disability of the insured party. Property and casualty insurance companies make payments when a financial loss occurs due to such events as fire, theft, accident, and illness. The premiums received are used to build reserves to pay future claims. These reserves are invested in various types of assets, such as corporate securities.

Finance companies obtain funds by issuing their own debt securities and through loans from commercial banks. These funds are used to make loans to individuals and businesses. Some finance companies are formed to finance the sale of the parent company’s products. Well -known examples include General Motors Acceptance Corporation (GMAC) and Ford Motor Credit.