Message to The Unit Commander - Field Hygiene and Sanitation

A DNBI casualty can be defined as a military person who is lost to an organization by reason of disease or injury, and who is not a battle casualty. This definition includes persons who are dying of disease or injury due to accidents directly related to the operation or mission to which they were deployed. The acronym, DNBI, does not include service members missing involuntarily because of enemy action or being interned by the enemy (as a prisoner of war). The total number of DNBI casualties is evaluated to identify DNBI rates per number of service members in an operation. The DNBI rates are critical in evaluating the effectiveness of PVNTMED missions within the area of operations (AO) andin determining the health of a force within an operation.

Historically, in every conflict the US has been involved in, only 20 percent of all hospital admissions have been from combat injuries. The other 80 percent have been from DNBI.

Excluded from these figures are vast numbers of service members with decreased combat effectiveness due to DNBI not serious enough for hospital admission.

Preventive medicine measures are simple, common sense actions that any service member can perform and every leader must know. The application of PMM can significantly reduce time loss due to DNBI

How Much Time Does Your Unit Spend Training Service Members on.

You are responsible for all aspects of health and sanitation of your command. Only you can make command decisions concerning the health of your unit in consideration of the 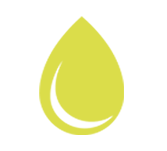